Champagne Taittinger has been announced as the official Fifa Champagne in an agreement which runs until December 2015. 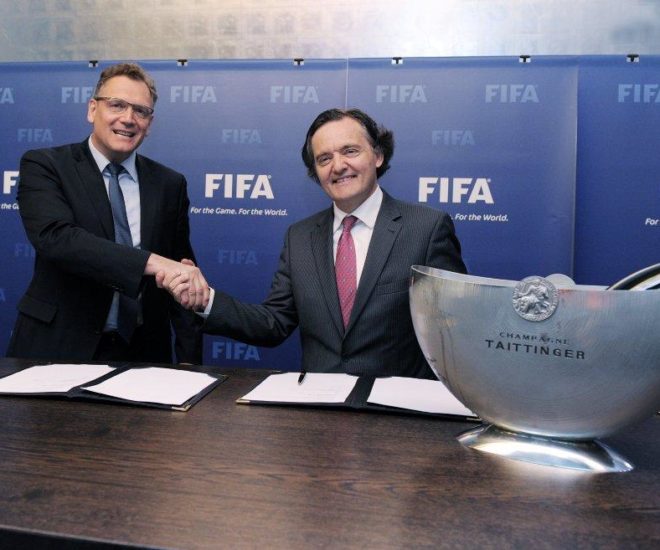 Champagne Taittinger has secured ‘official Champagne’ status for its namesake brand at the 2014 FIFA World Cup football tournament which will be held in Brazil.

As the World Cup’s official champagne, Taittinger will keep the effervescent stuff flowing liberally during the games next year in an agreement that will run until December 2015.

The brand will be served to guests in FIFA’s VIP and VVIP areas for major events.