The Maison & Objet interior design trade show ends January 26 in Paris. Here’s a round-up of the events and exhibitions you might still make this weekend. 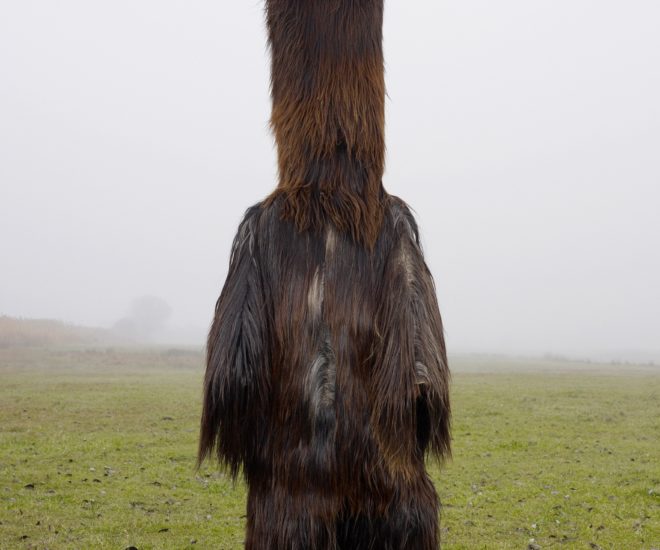 After picking the theme “Precious” for the September 2015 edition of the Maison & Objet trade fair, the show’s Observatory, which sets the theme for each edition, has chosen a return to nature for the ongoing event with a “Wild” theme. Trendspotter at the Croisements agency, François Bernard was selected as scenographer to bring the theme to life in the show’s Inspirations Space. Key ideas channeled include the deep forest, urban wildness and the mystical aspect of nature.

This space will be extended through the “Wild Café-Bookstore,” designed by trendspotter Elizabeth Leriche and based around the event’s Inspirations Book plus other selected works and inspiring publications. Each year, Maison & Objet showcases the work of up-and-coming young designers through its “Talents à la carte” program. This year, the show has six budding Scandinavian designers presenting their work. Visitors will discover the swirly, colorful ceramics of Danish designer Troels Flensted (designer pictured above, work below), as well as stylish lights crafted by Icelandic designer Kjartan Oskarsson (who was invited to join the line-up at the last minute). Designer of the Year: Eugeni Quitllet

Catalan designer Eugeni Quitllet (pictured below) has been named “Designer of the Year” for the January 2016 edition of Maison & Objet. Having previously worked with international design star Philippe Starck, Eugeni Quitllet now creates pieces for some of the biggest furniture-makers of the moment, including Kartell, Vondom and Alias. He will be presenting his work in a bespoke exhibition at the show. Check out the other Designers of the Year here. The biggest names in the world of high-end interior design from around the world will be featured at this year’s event in a dedicated space in Halls 7 and 8, created by designer Noé Duchaufour-Lawrance. Approximately 50 exhibitors will be present in the “Luxury” area, including Ralph Lauren, Christofle and Fendi. An exciting line-up of new objects will be presented at the show, including Alessi’s sleek fruit bowls, the “Tutti Frutti,” designed by Giulio Lacchetti (a fruit bowl with a central baton rising vertically from its center, pictured above), and the “Broken Bowl” designed by Maximilian Schmahl.

Work by the famous Italian designer Paola Navone won’t be featured at this year’s main event, but her new line of tableware – produced in partnership with Serax (pictured below from a catalog) – will be on show at the Merci design store in central Paris. This herring-shaped tableware, entitled “Herring Bar,” is inspired by the crockery made during the Great Depression in the USA, in particular the characteristic white and green color scheme.