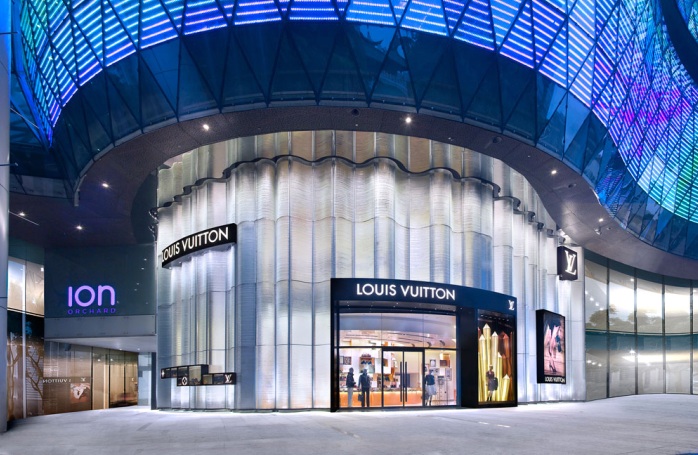 The 905 square meter concept store was designed by Front Inc. of New York while the interiors were developed by the Louis Vuitton Malletierâ€™s architecture team.

The duplex store showcases the luxury brand’s first curved glass facade, inspired by the “folds of a scarf”. Like the exterior, the interiors have been designed to be exceptionally warm and inviting, with curved lines demarcating individual spaces such as menâ€™s and womenâ€™s bag bars, a menâ€™s section and a womenâ€™s section, each with its own set of soft furnishings. The store at ION Orchard is Louis Vuitton‘s first and largest global store in Southeast Asia, and only its second in the world to showcase Louis Vuitton’s full range of products, including shoes, watches and its trademark leather goods. Louis Vuitton has some 77 stores across the Asia Pacific region, with another five stores slated to open in the region later this year.