The Peninsula Hotels is celebrating the upcoming James Bond film “Spectre” with a variety of promotions and exhibitions. 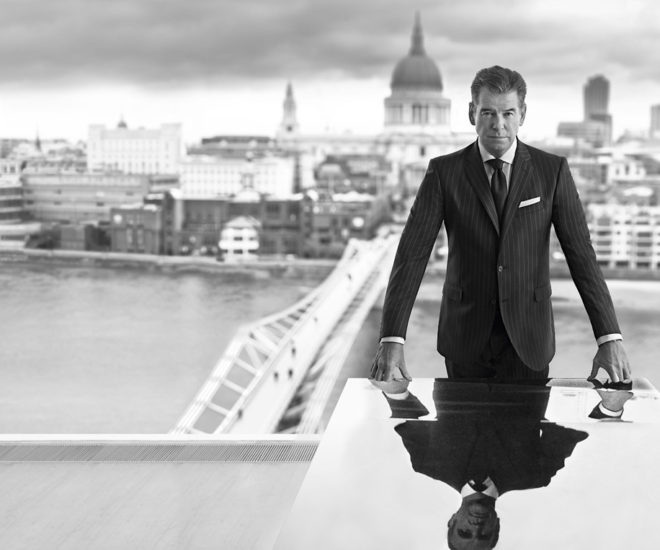 For fans of the world’s most famous spy, The Peninsula Hong Kong will be hosting an “All About Bond at The Peninsula” exhibit that traces the many cinematic faces of the MI6 agent throughout the years, as seen through the lens of O’Neill, photographer to the stars.

Photos include classic black and white portraits of Roger Moore, Sean Connery, along with Pierce Brosnan and Daniel Craig, who reprises his role as Bond for the fourth time in “Spectre.” A selection of Bond girls will likewise be on display.

The Peninsula has long had ties to the Bond franchise. In 1974, The Man with the Golden Gun was partly filmed at the hotel, and the cast and crew (including Roger Moore) stayed there during the filming.

The Peninsula will also host a VIP Artist Talk with O’Neill on November 4 at their Felix restaurant. Later in the evening, Gaddi’s will host an exclusive “License to Thrill” VIP champagne-pairing dinner with Bollinger champagne, which is often featured in the Bond movies.

For fans looking to live like Bond for a few days, the hotel has created “A Bond-worthy Stay” package that includes dinner for two at their French restaurant Gaddi’s, a pair of “Shaken Not Stirred” cocktails, chauffeured rides in a Rolls-Royce, and a bottle of the Bollinger Spectre champagne.