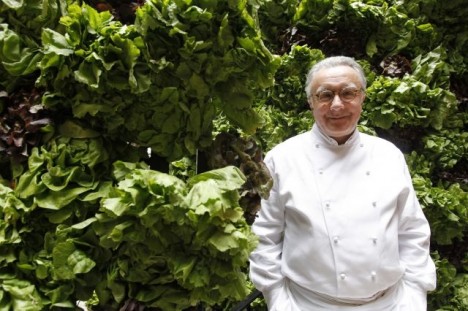 Alain Ducasse has invited 200 of the world’s top chefs with a combined 300 Michelin stars to a culinary summit in Monte Carlo celebrating Mediterranean inspired cuisine.

The event is part of the 25th anniversary festivities for the flagship Monegasque restaurant “Le Louis XV”, where Ducasse received his first three star Michelin rating.

“The themes that are closest to me are related to the Mediterranean and its roots in the great south, and to the Riviera whose products have an essential place in my culinary beginning,” Ducasse said in a statement.

From November 16-18 the chefs will “express the richness of different culinary sensibilities” in an effort that “reconciles the traditional and the modern, the classic and the eccentric, the northern countries and the southern”, organisers said.

A 1,000-square metre temporary market will be set up in the showroom of the Sporting Monte-Carlo, and will feature “the 100 finest products of the region”.

Ten renowned chefs will each use one Mediterranean product and their own culinary style to create a tasting for the experts.