The first auction devoted solely to contemporary design will take place at Christie’s in New York this autumn. 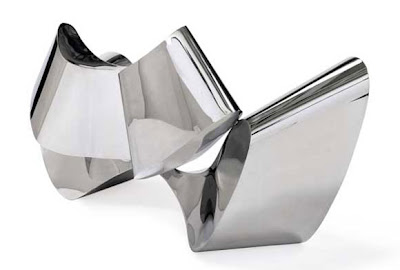 The first auction devoted solely to contemporary design will take place at Christie’s in New York this autumn.

“It really is an increasingly popular market,” said Carina Villinger, design specialist of Christie’s New York. “There is a huge overlap with contemporary art. It has got to the point where we need a separate auction.

The Christie’s sale will feature items such as a polyurethane table by the London-based Iranian architect Zaha Hadid, who designed the aquatics centre for the London Olympics, estimated to raise $200,000.

Another lot will be a highly polished steel sofa by the British-born Israeli designer Ron Arad for $300,000. Arad’s work will be exhibited at the Museum of Modern Art in New York next year.That sofa is made of steel thatâ€™s polished to match the reflection of a real mirror!