Finding the beauty in the destruction is one thing that a novel association Plateau Urbain is making a reality. 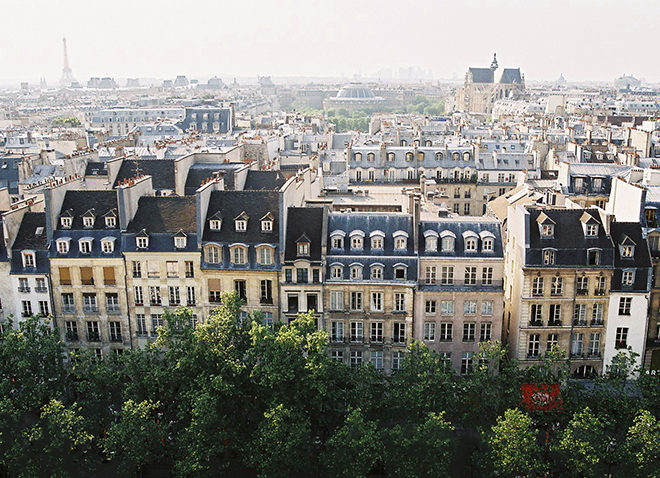 As part of its new project, the organization called Plateau Urbain is turning once derelict buildings into lively work spaces. These condemned areas now serve as a place where start-ups and artistic associations can find success without worrying about the strain of financial stress.

One such individual who is benefitting from the project is 26-year-old Margot. Her art studio was once a gynaecology ward in a hospital in the south of Paris. At a reasonable (really) rate of $19 per square meter per month for the studio, she now shares the space with illustrators, graphic designers and artists where occupants pay just enough to cover the costs. “This allows me to have a stable place” to work, she says. Young artists like Margot aren’t the only ones to have benefited from the Saint Vincent de Paul hospital’s new use, started by the association Plateau Urbain (Urban Platform).

Some 1,000 migrant workers, vulnerable youths and people who were once homeless have found shelter there, while young entrepreneurs and NGO members have turned it into their work space. “We also see people from the neighbourhood, locals who come to have their midday coffee, tourists and hipsters who come … by bike because they think it’s cool here,” says Simon Laisney, who heads Plateau Urbain. “I’d say it’s a big experiment in social integration.”

“The idea was to put these spaces to use again,” said Laisney, who is not yet 30. The group’s first project in 2013 saw an artist set up her studio in a renovated ground-floor space in the heart of Paris’ hip Marais district, for the hard-to-believe price of just 150 euros a month. A dozen other similar projects have since sprung up, with Plateau Urbain using grants and awards to finance its work.

The way it works is that tenants living and working in Plateau Urbain-managed spaces do not pay rent as such — they just pay enough to cover expenses. And even though the association, run by just two permanent staff members along with a group of unpaid volunteers, is still very small, the set-up has won over Laurent Vuidel, head of a housing association called Lerichemont.

Vuidel says it has been a cost effective alternative for vacant properties. In April, he handed a group of artists the keys to a 530-square-metre building in the south of the French capital. “We have managed to stop paying the costs of securing the building, and the current occupants contribute to the monthly charges — heating, electricity, etc,” Vuidel said. Had the building been left to disuse, it would either have grown derelict or seen squatters move in.

Otherwise, the owners would have had to pay security guards to keep watch — and that would have been expensive. Vuidel said it would have cost “some 10,000 to 15,000 euros a month to have a permanent on-site presence.” Having previously rented out rooms in buildings destined for demolition to students, Lerichemont took the plunge. And now, this former university building has become a hub for painters, designers, sculptors, potters and landscape artists. “For us, it’s a boost for the arts,” beams Nicolas Bouchet, who runs the Labolic collective that manages the space.

While Vuidel believes in the project, he remains a little concerned about the future. “We have to wait and see what happens when we decide to take the building back — whether we’ll actually be able to get it back,” he says. But for Plateau Urbain the goal is what Laisney calls “urban pragmatism” — a temporary solution for vacant buildings. He’d like to see it become systematic that “when an elected official, or a property owner has a vacant building, he says to himself, ‘I’m going to let it be used for temporary occupation’.”