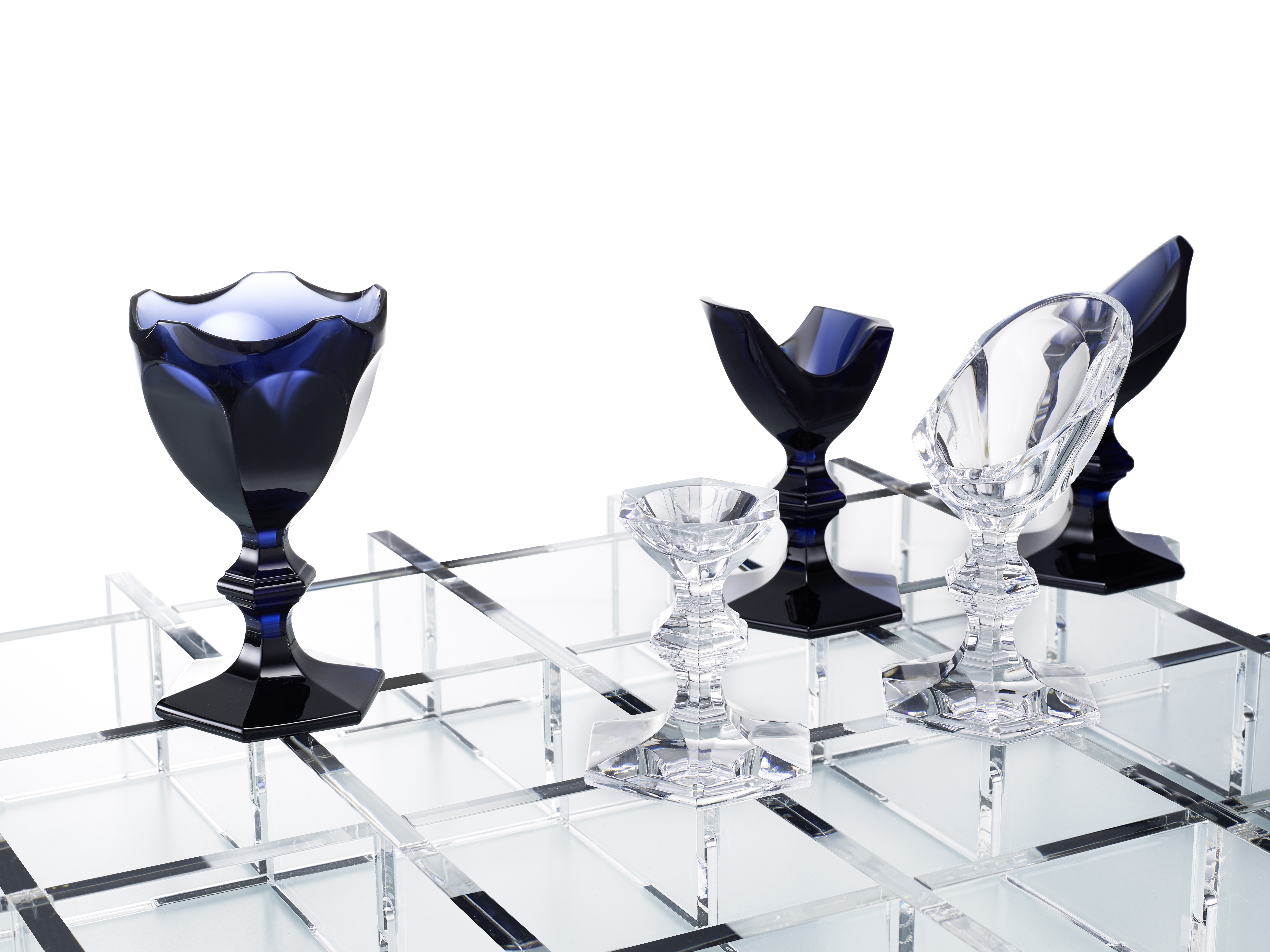 The Harcourt Chessgame features hand-cut figures shaped in the form of the king’s crown, the hem of the queen’s robes and the bishop’s miter, and only 50 sets have been produced in total. The pieces were inspired by Baccarat’s Harcourt drinking glass design, which has become something of a design icon over the centuries, known for its distinctive stem shape.

The pieces are made from clear and midnight-blue crystal and come to life as the game is underway, thanks to the contrast cuts and the light reflections from the set’s contemporary glass board. The Baccarat House signature color red is represented via a ruby square placed at the base of the chessboard. Since being founded in 1764, Baccarat has gone on to become one of the world’s most famous luxury crystal design houses.

Japanese design studio Nendo was founded in 1997 by Oki Sato and the company is well known for collaborations with design giants such as Cappellini, Cartier, Fritz Hansen and Armani.