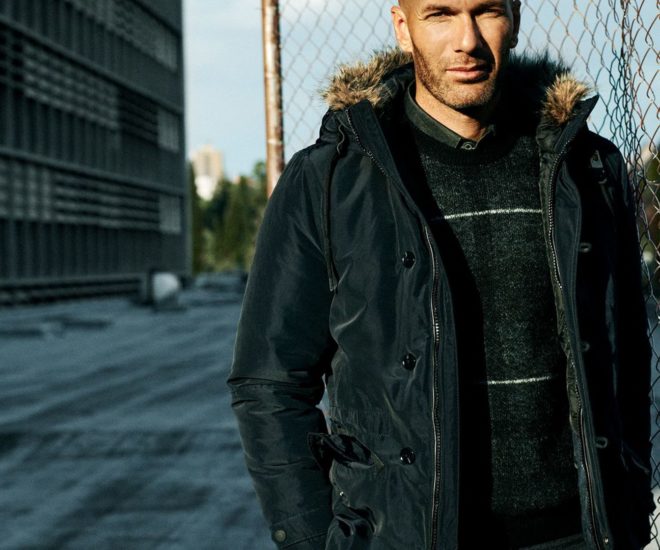 Zidane was in the French capital for Paris Fashion Week, where he posed for Mango’s photographers and answered questions about the new line.

Beige, camel, khaki, brown, indigo blue and shades of grey characterize the line, which Zidane admired for its simplicity and cut.

Born in Marseille to Algerian parents, Zidane played for Cannes and Bordeaux before moving to Juventus and Real Madrid, where he remains as coach of development team Real Madrid Castilla.

The three-time FIFA World Player of the Year has previously appeared on behalf of Adidas, Audi, Christian Dior and Lego, among others.