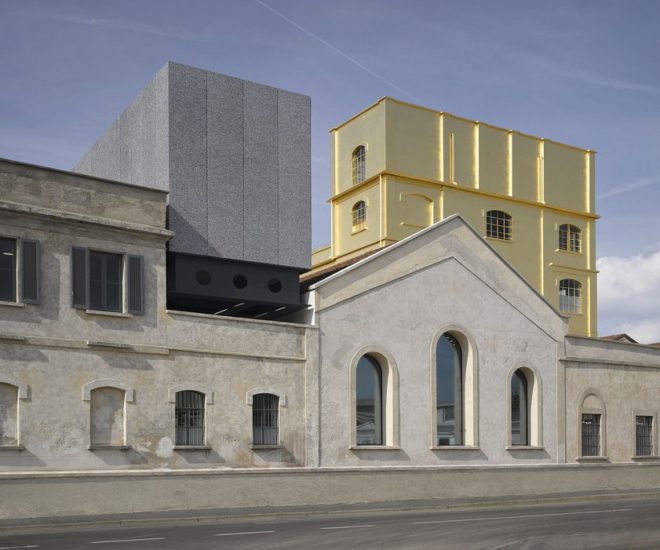 Formica tables, veneered wood wall panels, pink and mint green seats, pinball machines and a jukebox are used to recreate the atmosphere of a typical Milanese café circa 1950s and 60s at Bar Luce. Or a café that would inspire a screenplay writer.

“While I do think it would make a pretty good movie set, I think it would be an even better place to write a movie. I tried to make it a bar I would want to spend my own non-fictional afternoons in,” Anderson said.

The famous director preserved the original structure’s arched ceiling in a nod to the the vaulted glass roof and arcades of the Galleria Vittorio Emanuele II, one of Milan’s most iconic architectural landmarks and one of the world’s oldest shopping centers. Opened over the weekend, the bar is part of the Fondazione Prada, a sprawling artistic complex and exhibition space housed within a former distillery dating from the early 1900s.

Wes Anderson fans may also recognize some of the motifs in the cafe from his short film “Castello Cavalcanti,” set in Italy in 1955 with Jason Schwartzman. In a sly reference back to his own work, Anderson also includes a Steve Zissou-themed pinball machine.

Anderson isn’t the only filmmaker to parlay his cinematic visions to a brick and mortar space. In 2011, David Lynch opened an exclusive Paris nightclub called Silencio, with a private member’s fee that makes it reserved for the creative elite.