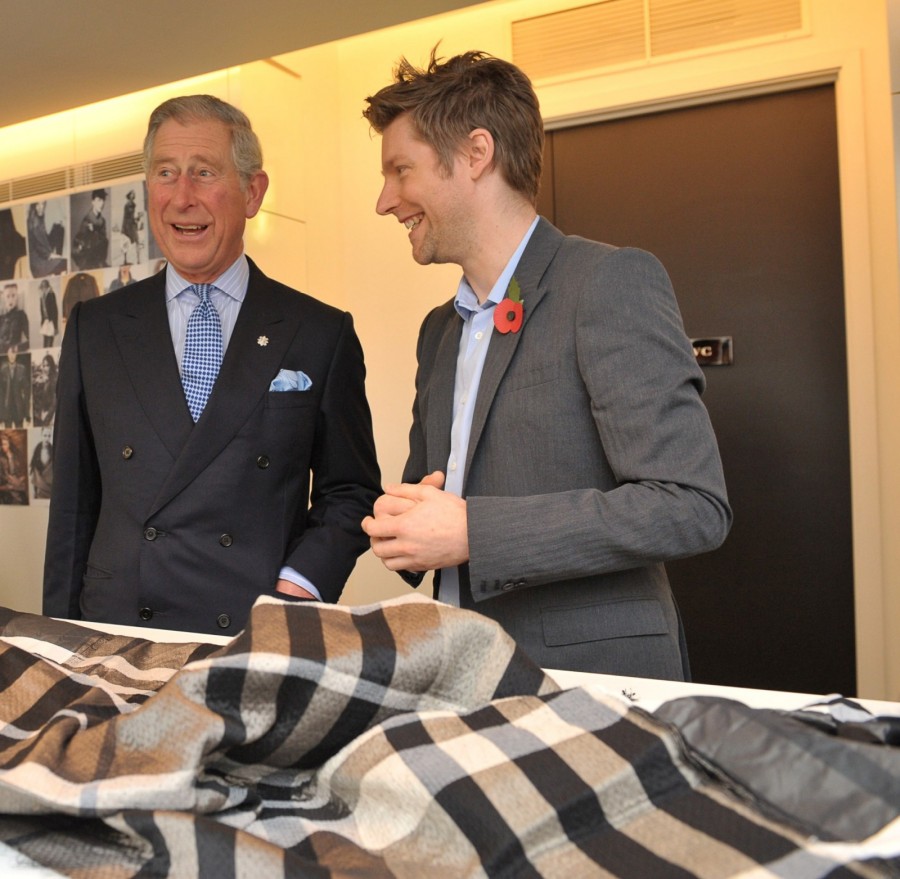 The Prince told staff: “I think it’s a really good, worthwhile British flagship company that clearly has a remarkable brand image all around the world.

“I think it’s remarkable you have managed to maintain that and improve even more on the reputation.” The Prince was given a tour of the Burberry archives, accompanied by Burberry CEO Angela Ahrendts and Creative Director Christopher Bailey, and took great interest in past designs, some of which he seemed to recognize.

He was shown a yellow trench coat, one of 12 made for the 1990 film Dick Tracy starring Warren Beatty, and told Burberry’s creative director Christopher Bailey: “I love the colour.”

The visit also included a presentation of the brandâ€™s latest digital innovations including a demonstration of the new Burberry digital platform which allow Burberry fans to post photos of themselves in their trench coats on the site Art Of The Trench.

The Prince said it seems that many families passed down the classic designs from one generation to the next and was told that had happened in the family of Emma Watson, the Harry Potter actress who now models for the brand.

Angela Ahrendts today announced that the firm’s charity arm, the Burberry Foundation, is supporting The Prince’s Foundation for Children and the Arts.

The grant will link secondary schools in London with the Fashion and Textile Museum, the Victoria and Albert Museum and the Museum of London.

The Prince said: “It raises my spirits enormously that you are prepared to support this.

“You have to inspire young people. Perhaps some of them will become inspired enough to start working for Burberry.

“I will watch with fascination if I’m still alive!”

Burberry employs around 2,000 people in the UK, a third of its global workforce.

The Prince added: “I thank you for the marvellous contribution you make to the country and its reputation.”

As well as a cashmere scarf in Burberryâ€™s trademark check, made in Elgin, Scotland, The Prince received a gabardine walking jacket made at the Burberry factory in Castleford, West Yorkshire.