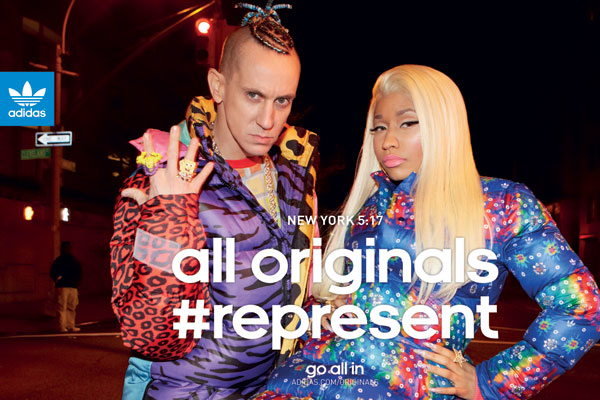 The star-studded clip spans cities around the globe, including New York, Tokyo, and Rio de Janeiro, and features a tune called “Masquerade” that Minaj wrote for the ad.

Adidas is getting interactive with the campaign — fans can go online and “represent what they’re all about, as individuals and as part of a bigger whole — their crew.”

Coming soon, Adidas fans can vote on their favorite talent or crew in their country.

The campaign, “all Originals represent,” launched in the US on August 1, and will continue to roll out globally throughout the next two months.