Paris Saint-Germain will pay the hotel bill for David Beckham during his five-month stay at the club. He will stay at the Royale Suite at Le Bristol Hotel. 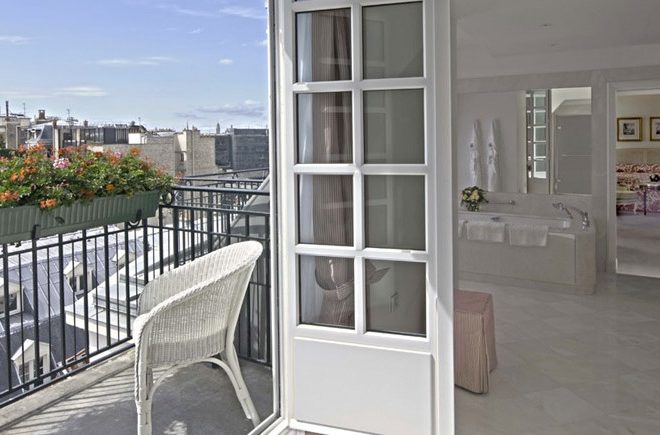 After much speculation as to where David Beckham will rest his head every night in Paris, it seems the newest player for Paris Saint-Germain has chosen the luxury Hotel Bristol, a five-star property that sits along one of the ritziest streets in the city.

Beckham will be housed in the largest suite at the hotel at a cost of an estimated €17,000 a night. The hotel bill will be footed by his new team for the next five months. At 322 square meters, the 4-room Imperial Suite includes a sitting room, 2 bedrooms and a dining area that overlooks the hotel’s French garden and can seat 12 people. Beckham will get ready for his games in a bathroom made of pink Aurora marble, which features a steam shower and bath.

The hotel boasts a triple Michelin-starred restaurant — Epicure helmed by chef Eric Frechon. The gastronomic experience, meanwhile, comes in at astronomic prices for many, with the exclusion of superstar athletes with a bevy of endorsement deals. A first course of crispy asparagus velouté or sauce, light zabaglione and black truffle ice cream, for instance, will set you back €95, while macaroni and cheese with black truffle, artichoke, duck foie gras and mature Parmesan cheese costs €92.