Ben Stiller and Owen Wilson starred in Valentino’s fall 2015 fashion show in Paris today to confirm that “Zoolander 2” is happening. 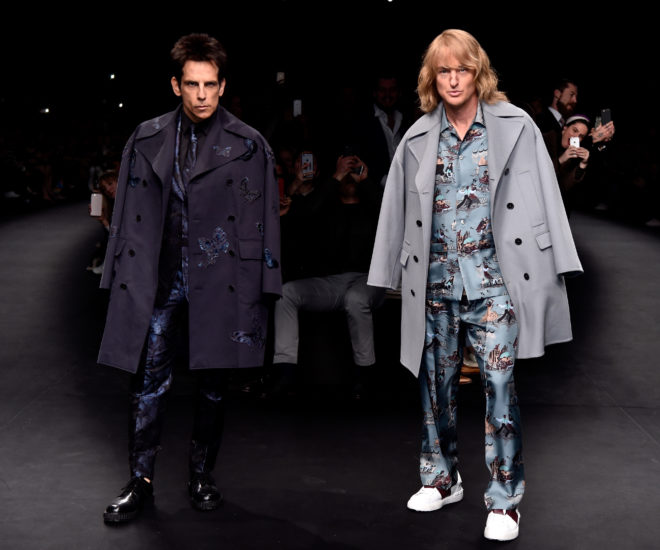 Ben Stiller and Owen Wilson starred in VALENTINO‘s fall 2015 fashion show in Paris yesterday to confirm that “Zoolander 2” is happening.

The duo put on their best surly, pouty faces to close the show for Valentino during Paris Fashion Week, bringing guests to their feet and smartphones in the air.

The stars are now heading to Rome, where the movie will begin shooting soon. “Zoolander 2” will be released on Feb. 12, 2016.

Watch “Zoolander” snatch a smartphone from a front-row guest and record a selfie as he pouts into the camera in a video uploaded by @tinaleung.