One person hitting the right notes for the red carpet is hard enough, harmonious outfits for a couple seems like mission impossible. Not so for these 10. 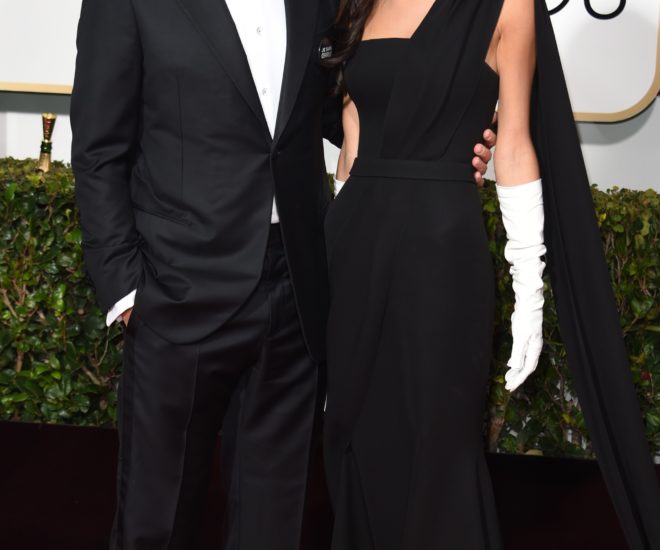 Some celebrities don’t stride down the red carpet without their other half. It’s already complicated for one person to dress in the right way for these big events but finding harmonious outfits for a couple sometimes seems like mission impossible. A few manage to pull it off. Here’s the AFP’s selection of the best-matched couples in 2015.

The then-recently married couple took to the red carpet at the Golden Globes hand in hand, one as elegant as the other. Dress code: black and white. (January 11, 2015) Another couple who opted for the traditional combination of black and white: Livia Giuggioli and Colin Firth, perfectly matched from head to toe. (January 11, 2015) Dressed all in black, Nicole Kidman and Keith Urban also opted for the same haircut at the Grammy Awards. You can’t do better than that! (February 8, 2015) Pharrell Williams and his wife went for a more original approach, as is often the case with them, when they hit the red carpet for the Grammy Awards. A sporty outfit for her and a bermuda shorts ensemble for him. You never change a winning team. (February 8, 2015) Joshua Jackson and Diane Kruger form a glamorous and elegant duo. The couple chose the ideal combination of black and white for him and fiery red for her for the Vanity Fair party after the Oscars. (February 22, 2015) Head high, back straight, and the same sophisticated air: there’s no doubt, the star of “Magic Mike” and his wife are very well matched, in both their attitude and their outfit. And what’s more, they blend perfectly with the décor of the 87th Academy Awards. (February 22, 2015) The most bling-bling couple on Planet Celebrity attended the traditional Metropolitan Museum of Art Gala in New York. For once, the emphasis was on glamour, with a sublime feathery sparkly dress for her and a black suit for him. (May 4, 2015) Natalie Portman and her choreographer husband made the sound sartorial choice of red and black. They were perfect examples of natural simplicity and elegance on the red carpet at the Cannes Film Festival. (May 13, 2015) Although they weren’t wearing the same colors, this Hollywood couple was in perfect harmony on the steps of the red carpet at the Cannes Film Festival. (May 20, 2015) The most glamorous couple in the fashion world had to be included in our selection. Posh opted for a feminine version of her soccer star husband’s suit. They are posing here at the British Fashion Awards in London. (November 23, 2015)