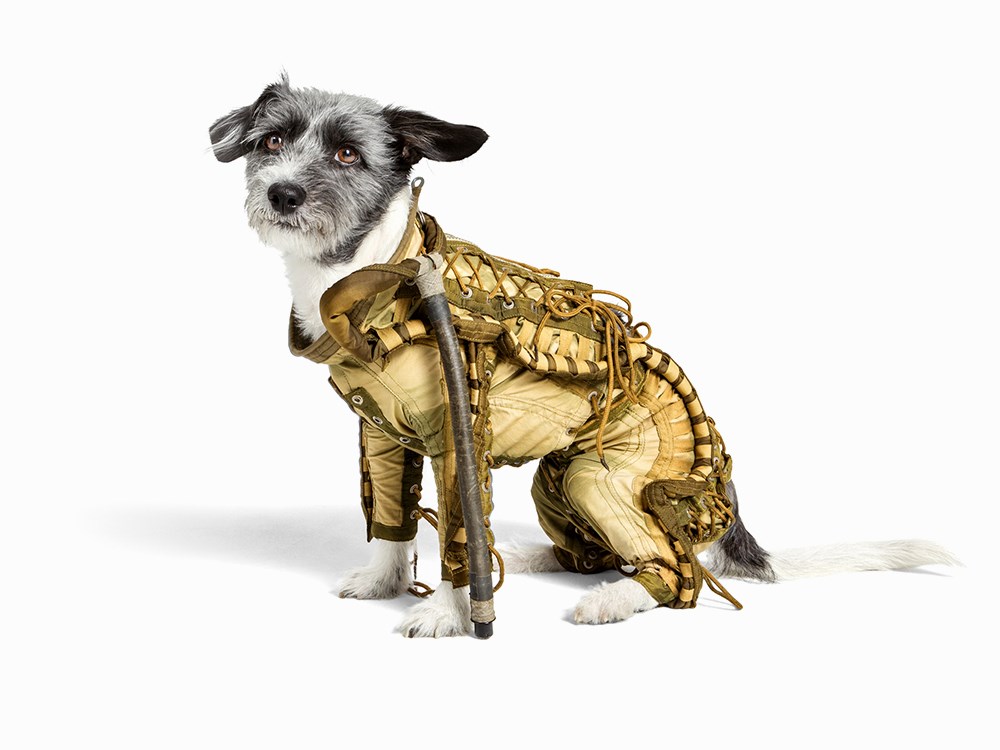 Made by Russian spacecraft manufacturer RSC Energia, the lace-up bodysuit is reported to have been used when training space dogs during the Sputnik 5 mission in 1960, and features breathing apparatus and a helmet.

Adjustable thanks to a series of strings on the body and legs, the suit is made from a mixture of cotton, nylon, aluminum and rubber. It accommodates an oxygen tube which runs down its side and measures 28 x 60 x 21 cm. The suit is one of the first canine space suits made and one of only a few to have survived. The suits were first developed in the 50s when animals such as dogs, rats and even chimpanzees were sent into orbit as test subjects for humans. The suit will be auctioned on September 13 on auctionata.com