The rare stone may just break a record when it is sold in Geneva later this week. 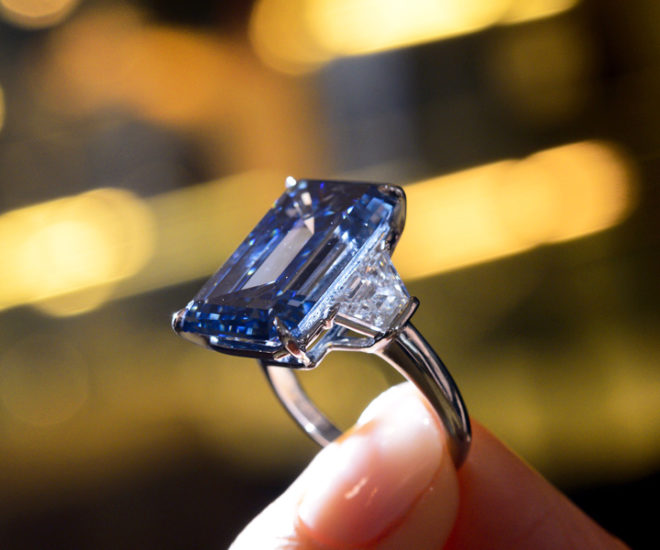 Tuesday, May 17 sees the Four Seasons des Bergues hotel in Geneva hosting a landmark sale of 280 lots from Christie’s Magnificent Jewels auction. Valued at $113 million, the lots include several pieces from Gabriela zu Leiningen as well as the famous Oppenheimer diamond.

The 14.62-carat diamond is one of the star attractions of the auction as it may just beat the sale record set by rival auction house Sotheby’s late last year. Once owned by Phillip Oppenheimer, the man behind the De Beers mining company, the diamond is now valued at between $38 to $45 million. The record to beat is currently held by The Blue Moon of Josephine, sold for $48.4 million, to Hong Kong billionaire Joseph Lau.

“It’s a fabulous diamond, the most beautiful I have even seen and it could set a record price,” said Jean-Marc Lunel, Christie’s jewel expert. According to Christie’s, the Oppenheimer diamond is the largest ever sold at auction in the exclusive Fancy Vivid Blue category, which groups rare gems of exceptional color and clarity. However, it must be noted that there is still a chance that the Oppenheimer diamond could have the same fate as the 9.54-carat blue diamond ring owned by Shirley Temple. With so much at stake, it is little wonder that this is an auction that many are keeping a eye on.