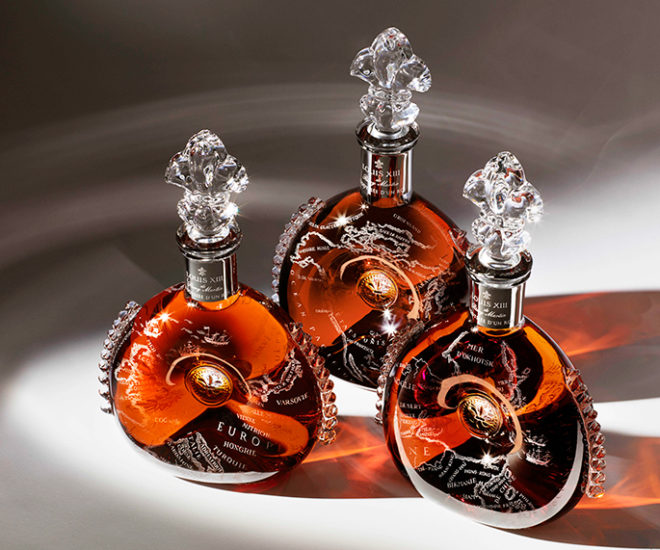 Sotheby’s set a new record of $558,000 with the sale of three Louis XIII L’Odyssée D’un Roi limited edition decanters. The three specially crafted decanters are the result of more than a century of fine craftsmanship from three prestigious French luxury houses: Hermès, Puiforcat and Saint-Louis .

Before the auction that saw the decanters being sold for a total of $558,000, the objets-d’art had a whirlwind tour that saw it visit various cities around the globe. Last month, the auction house saw the Americas edition of the same cognac beat the previous record price set for a Louis XIII decanter. Later that same month, the Asia edition beat its own previous auction record in Hong Kong. The final decanter, the Europe edition, was sold on November 16 at Sotheby’s London for $235,000. The proceeds from the sale of the three tailor-made coupes will go towards The Film Foundation that was created by Martin Scorsese. Created in 1990, the foundation helps to restore and preserve the traditions and history of cinema. “Sotheby’s was delighted to help raise funds for The Film Foundation through this unique series of auctions, each in our major sales locations” said Jamie Ritchie, Worldwide Head of Sotheby’s Wine.