Ferrari built for Formula One legend to be auctioned off

A Ferrari driven by five-time Formula One champion Juan Manuel Fangio, will be auctioned off in New York in December. 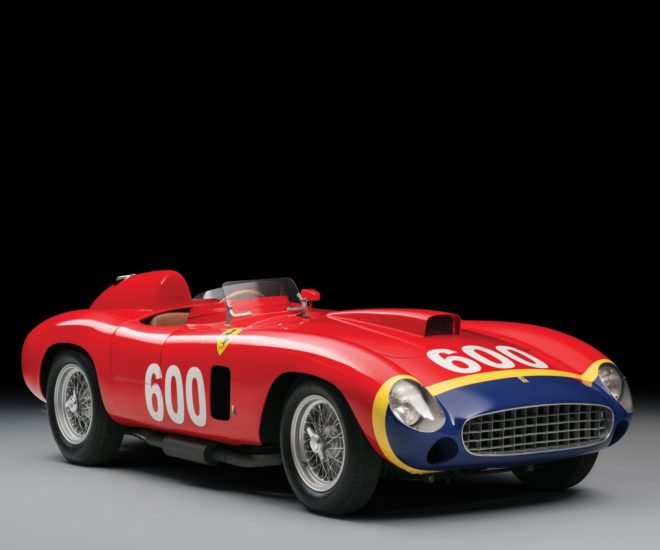 A FERRARI driven by five-time Formula One champion Juan Manuel Fangio, will be auctioned off in New York in December.

The 1956 red Ferrari is “the Holy Grail for car collectors and aficionados the world over” and could go for more than $28 million, Sotheby’s auction house said ahead of its December 10 sale.

The car — Ferrari 290 MM, chassis 0626 — was specially built for Fangio, the legendary Argentinian driver who drove it in the 1956 Italian endurance race Mille Miglia, where he came in fourth. But the vehicle had a distinguished career of its own, later being driven by other celebrated racers, including Phil Hill, the only US-born Formula One champion. After it was retired from racing, the car was owned by French collector Pierre Bardinon before being purchased by its current owner.

“Driven by the greatest drivers of the 1950s and built for possibly the greatest driver in history, this is a car with which Enzo Ferrari was personally involved and is a fundamental part of Ferrari folklore,” Sotheby’s car specialist Peter Wallman said. The auction house’s “Driven by Disruption” sale of cars and car-related memorabilia will also feature a blue Ferrari 500 Mondial built in 1955 and a psychedelic Porsche once owned by rock music legend Janis Joplin.