Ren Ri creates Art with the help of Honeybees 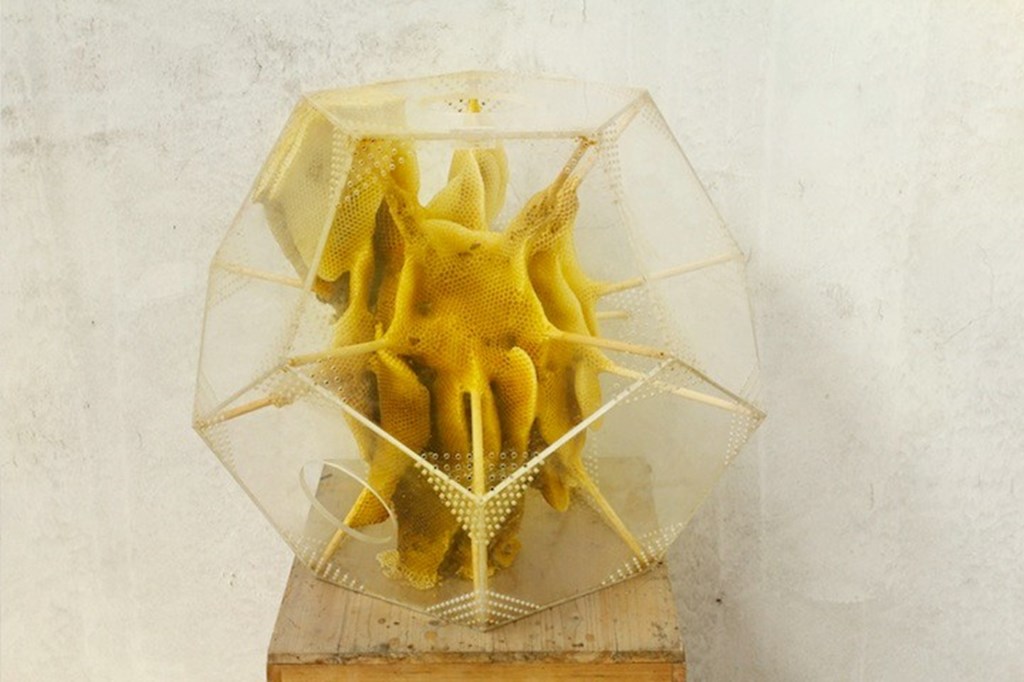 Beijing-based artist Ren Ri often centers his art around the relationship between humans and nature. This has led the artist to create his recent sculpture series with the unlikeliest collaborator: honeybees. The bees are kept in a transparent plastic polyhedron, whereby the queen bee is kept in the middle of the space. As it is in the bees’ behavior to protect the queen bee in the colony, they begin to build wax around the centre. This instinctive behavior results in the creation of a symmetrical wax sculpture. Every few days, Ri would change the gravity of the growing honeycomb by rotating and changing the position of the box. Despite the insects and wax being a difficult medium to work with, Ri works as one with the bee’s natural behavior to gradually develop his one-of-a-kind work of art. Ren Ri first began beekeeping in 2008 and two years later felt that his understanding of the Bees allowed his to collaborate with it to form Yuansu I: The Origin of Geometry, which is a collection of maps made in beeswax. Yuansu II series is a continuation of this exploration.