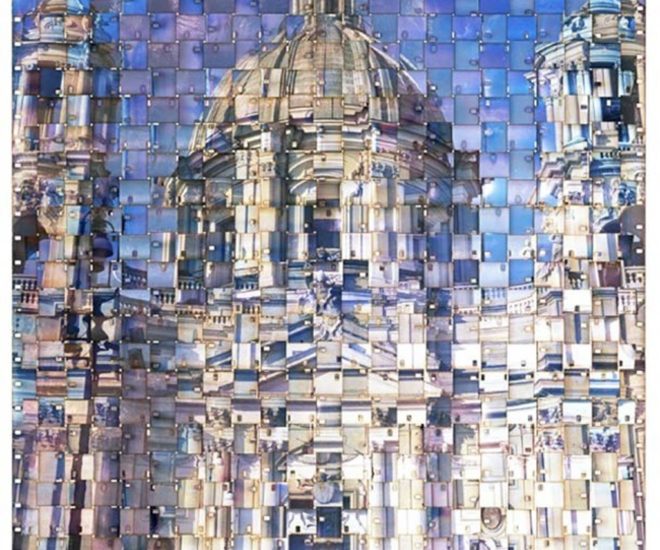 Korean artist Seung Hoon Park takes creating collages to a different level by making photographs from woven film strips for his ongoing series called Textus. “Part collage, part photography, part tapestry”, Park uses the film strips to weave photographs of landmarks. In fact, he has traveled to iconic monuments and landmarks around Europe (such as Rome, Milan, Venice) to shoot the images to be re-created through this “fragmented interpretation”.

Seung Hoon Park currently works in Seoul and is known for his innovative photography styles. As seen through his works, Park has a strong fascination with cities and landmarks, and attempts to display the complexities within today’s urban society through them.

His artistic process in the creation of these pieces is highly complex and ingenious in nature. First, Park lays 8mmx16mm film strips in rows to form a large foundation structure that acts as a single piece of film. He then weaves both vertical and horizontal strips into this foundation structure, which ultimately creates the final, large print.