We Are The Not Dead

Lalage Snow takes portraits of British soldiers before, during and after the war in Afghanistan 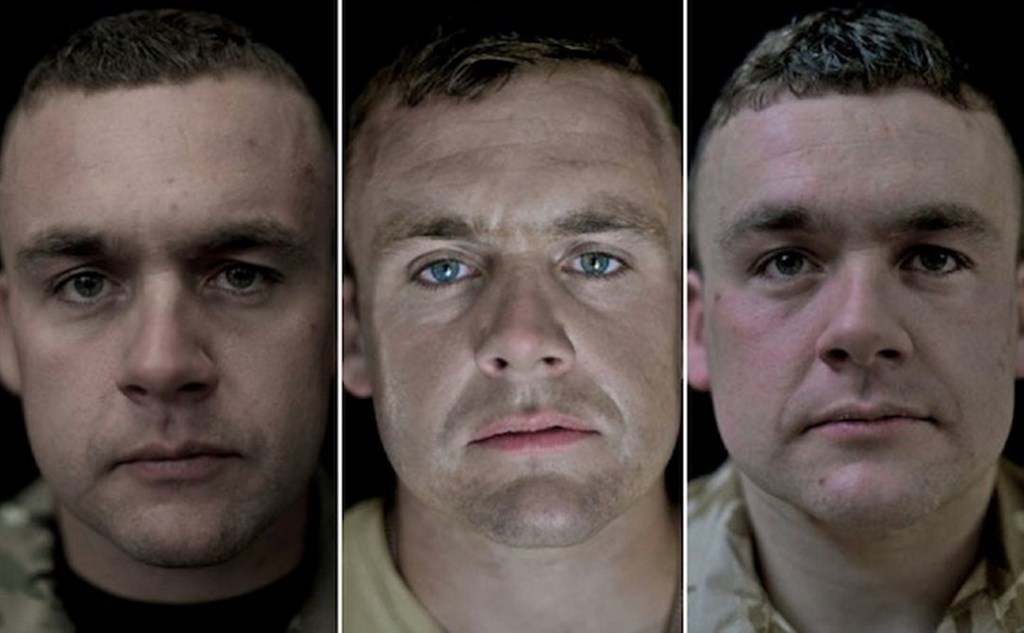 In a heartbreaking series of photographs, Lalage Snow takes portraits of British soldiers before, during and after the war in Afghanistan. Snow, who is based in Kabul, Afghanistan includes the thoughts of each soldier at the point in time when each photo is taken. Beginning with bright, almost innocent expressions of confidence, subsequent photos exhibit the toll that the physical and emotional effects of war take on a person. Inevitably, there is a sense of confusion and purposelessness as the war rages on and comrades get wounded or die. A sense of weariness sets in and they are often helpless to it. Private Chris MacGregor says in his portrait during the war “It’s your fear that keeps you alive here. But I believe if it’s going to happen, it’s going to happen and there’s nothing you can do about it. If the big man upstairs could do anything, there’d be no dead soldiers. They’d all be alive. It still hurts when you hear about a soldier dying. You think about what their families are going through. You ask what they died for and what we are achieving here. I am not sure any more.” The final photographs are often accompanied by thoughts about the struggle to move on from the effects of war. The heartbreaking stories of trying to move on remind of the disastrous after-shocks of war. Indeed, “Only the dead have seen the end of the war.” Find out more about the soldiers and their stories here.