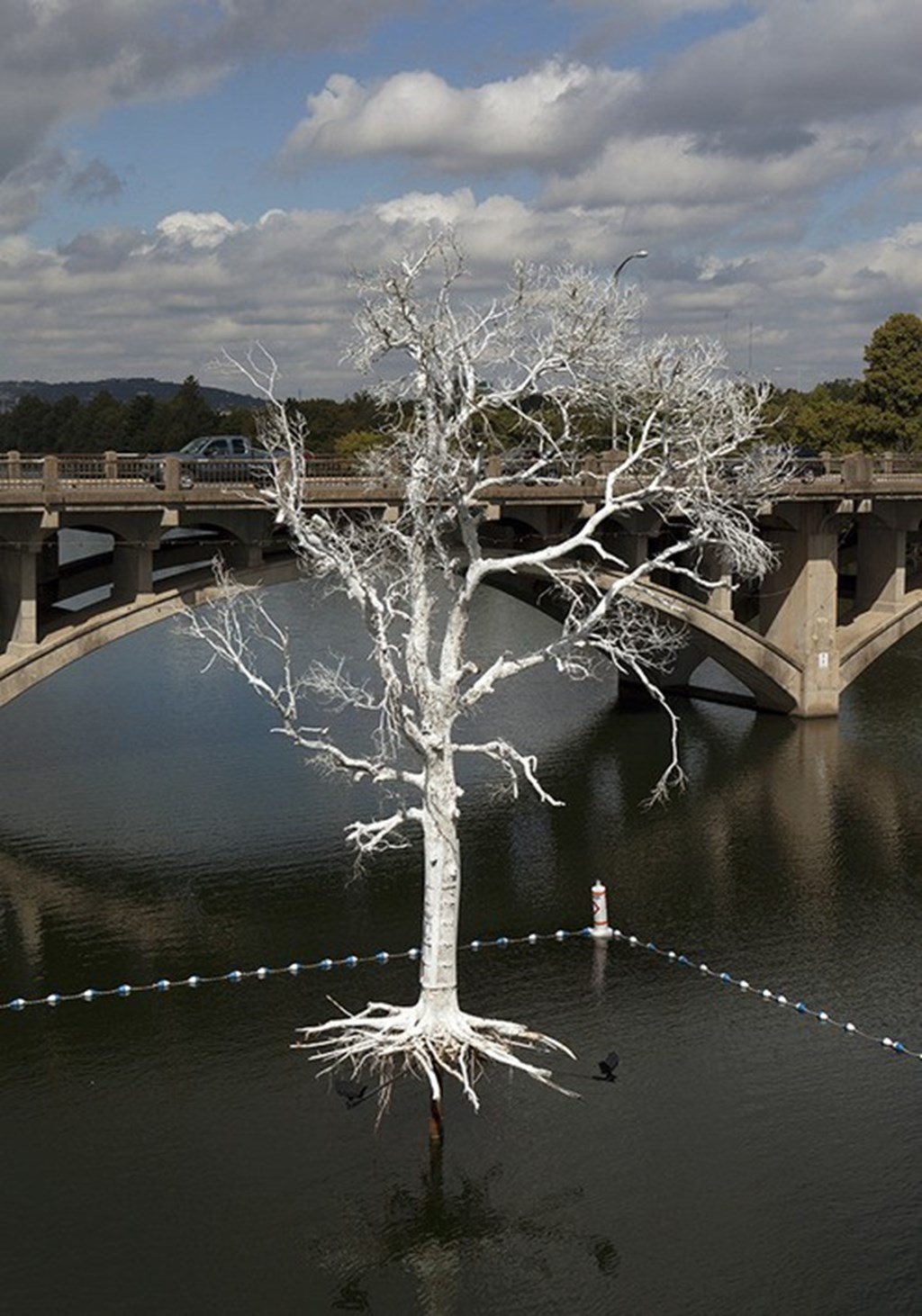 A recent severe drought in Texas resulted in the death of millions of trees. This prompted visual artist Beili Liu, architects Norma Yancey , Emily Little and Cassie Bergstrom to collaborate, creating work in response to the recent calamity. It was done with the intention of bringing attention to their water crisis. Located at the beautiful Lady Bird Lake in the centre of Austin, a drought-killed Cedar Elm that was painted white is placed in the water. Like an ethereal water nymph, the dry tree painted white appears to be floating above the surface.This site-specific installation artwork, called the THIRST tree, is an iconic symbol of loss of life due to the drought. As Liu puts it aptly, “With its root reaching but not touching the water, the tree visualizes life’s dependency on water. It is a physical and tangible reminder of the urgency of our water crisis, which may sometimes seem distant from our daily lives.”

Another part of this artwork is the prayer flag installation put up by the artists. 14,000 white cotton flags printed with the image of a drought-killed tree were decorated around the lake. These flags take reference from the Tibetan prayer flags that are often strung along the Himalayan Mountains to represent blessings to others. White also symbolizes water in Tibetan culture. The Prayer flag installation, in contrast to the Tree installation, represents the despair of environmental degradation but also the hope for a better future.