Auction season is upon us and Sotheby’s will run three art sales across April featuring contemporary art from Asian artists. 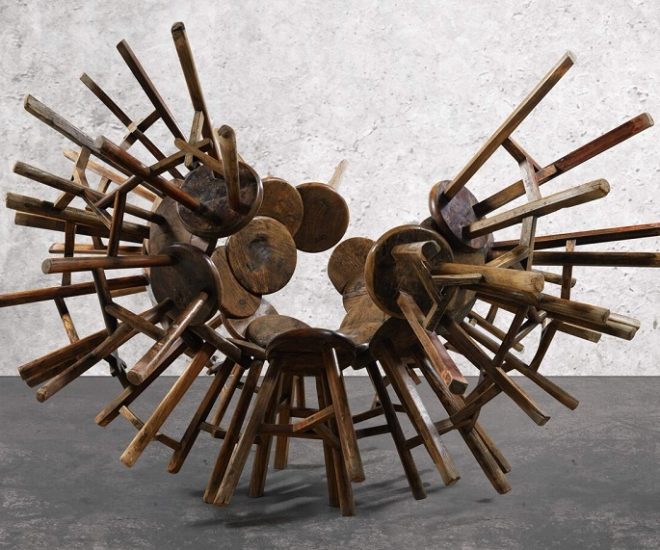 A total of 170 lots will be up for auction at Sotheby’s across three sales featuring contemporary Asian art from some of the best-known artists from the region and beyond. “Brushwork: From Asia to the World” and “Modern and Contemporary Asian Art Evening Sale” will take place April 3 while “The Contemporary Asian Art Day Sale” follows on April 4. The total estimated worth will be in excess of $23 million. “Brushwork: From Asia to the World” is a specially curated auction with 20 abstract works – based on the idea of reinterpreting brushwork by post-war artists from the East and West and their mutual influences on each other. Tools used in the creation of some of these works include knives, gunpowder, as well as bare hands and feet. This auction will include work by Asian artists Kazuo Shiraga, Jiro Yoshihara, Cai Guo-Qiang, Park Seobo, as well as American and French artists Sam Francis and Pierre Soulages. The “Modern and Contemporary Asian Art Evening Sale” has some of the higher valued works in all. Ai Weiwei is one of the notables here, with his “Grapes” going up at an estimated $513,000 – $769,000. The work is made up of 35 wooden stools from the Qing dynasty stuck together with mortise and tenon joints, creating a spiky ball of furniture supposedly resembling a cluster of grapes – as a callback to Dadaist readymades.

The “Contemporary Asian Art Day Sale” will have, among others, post-war paper works. This medium has been often overlooked but there will be contributions by artists such as Kusama, Lee Ufan, Yamaguchi Takeo and Kim Tschangyeul. These works offer insight into each artist’s distinct brushwork, composition, lines and colors.

The three auctions will take place at the Hong Kong Convention and Exhibition Centre will hopefully shed more light on the Asian art scene as a whole. Watchful observers will be looking for any further signs of strains in the market, as we reported here. For more information on the upcoming auctions visit: http://www.sothebys.com/en/inside/locations-worldwide/hong-kong/overview.html