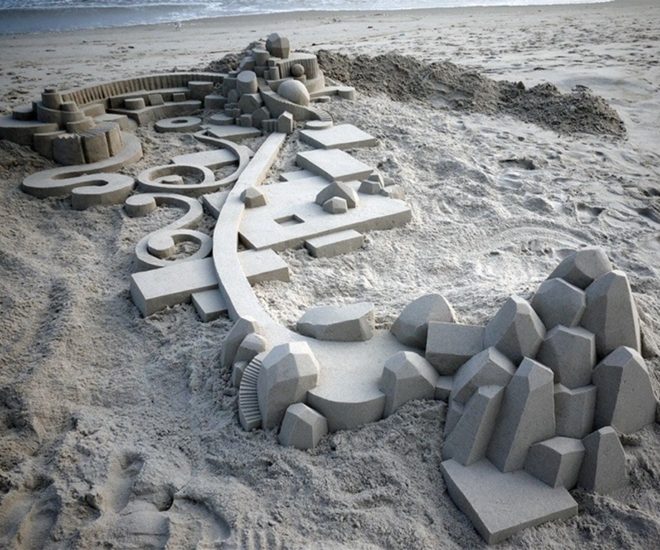 Chances are, the sandcastles we built as children look nothing like Calvin Seibert’s sandcastles. On a 10 day trip to Hawaii, New York-based Seibert created expertly crafted geometric sand structures. He says his inspiration comes from anywhere. “I see a castle, a fishing village, a modernist sculpture, a stage set for the oscars all at once.” With only a vague notion of what he plans to do when he begins each sculpture, Seibert allows the sculpture to lead him rather than the other way around. He either follows his natural inclinations, or he subverts them with ‘something unexpected’. He recognises something innately organic about the process of building these sandcastles and says they never quite feel finished, but rather always have the potential to grow and expand. If time permits, he would not stop adding things to each structure.