Bringing some of the finest works by Salvador Dali, the REDSEA Gallery invites fans of the artist down to enjoy the new exhibition. 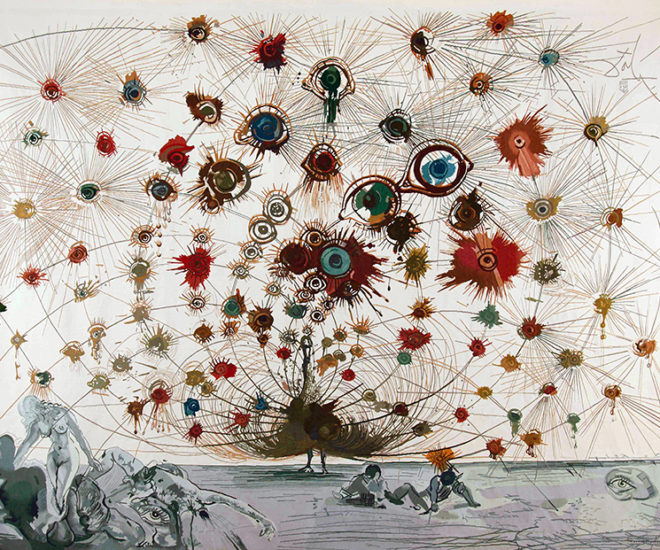 The works of Salvador Dali will be on display at the REDSEA gallery from next week until October 5. Taken from the Pierre Argillet Collection, the exhibition titled “Salvador Dali & Pierre Argillet: Thirty Years of Collaboration”, will give guests a chance to see some of the least well known works of arguably the world’s most famous surrealist: his porcelain and tapestry works. It can be trusted that Argillet amassed a collection that was authenticated and signed by Dali himself, considering that Argillet was his publisher and confidant for three decades. While many would know him for his paintings, the porcelain plates and tapestries help to draw our attention to the range of his talent and creativity. The artworks were created specifically for museums such as Dali’s Teatro-Museo in Figueres, Spain and Château de Vaux-le-Pénil, France. One of the tapestries that visitors should look out for is the Argus (pictured top) that is considered one of the most extraordinary pieces in the collection. By bringing the limited edition artworks down to Singapore, REDSEA Gallery is expanding a journey that started two years ago.

The limited edition porcelain plates were the result of a collaboration between Dali and Argillet in 1973. The designs behind the plates were based on six different subjects by Dali’s famous sketches from the late 1960s and came to life with the help of famous porcelain maker Raynaud. Using a technique called ‘Bleu de four’ native to Limoges, where Raynaud hails from, the plates feature blue and gold leaf patterns that blend with the pastel colors of the drawings. Only 2,000 porcelain plates were produced. Other highlights of the exhibition include the two original copper plates that visitors can see up close for the first time. To kick off the exhibit, Pierre Argillet’s daughter, Christine Argillet, will be in town to provide invaluable insights into the collection and the collaboration. Having spent much of her childhood around Dali, the younger Argillet has been exposed to his open-mindedness. Apart from Singapore, collection has only been showcased in Moscow, Florida, Zürich, Tokyo and Spain.