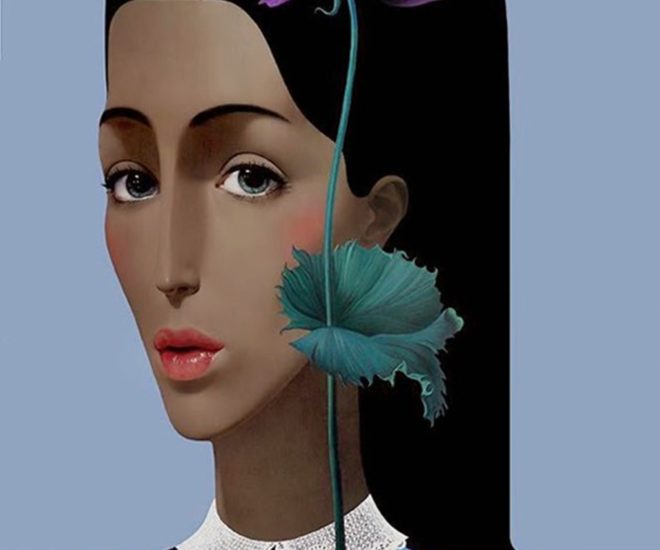 Inspired by art deco, Russian painter Slava Fokk has painted a series of surrealistic portraits. From its elegant lines to bold colours, Fokk invents a dream-like geometrical world that draws from a range of sources- from the Netherlands in Jan Van Eyck to Germany in Otto Dix. Much of his style is eclectic. According to his biography, he explores “allusions, paradoxical and phantasmagoric combinations” in his artwork, using Russian symbolism in some to evoke deeper meaning.

He has showcased his art in galleries in Arizona and California, but has now returned to his native Russia to pay homage to his own culture. According to Tutt’Art, he describes his background: “I felt that the atmosphere where I was living was pressing on me. It seems to me that everyone at some point in time needs to leave…to live somewhere else, far away. As a native of Krasnodar, I knew that I would have to work to adapt to another city, another culture. I knew that it would be very useful.” Visit Fokk’s website to see more of his work.