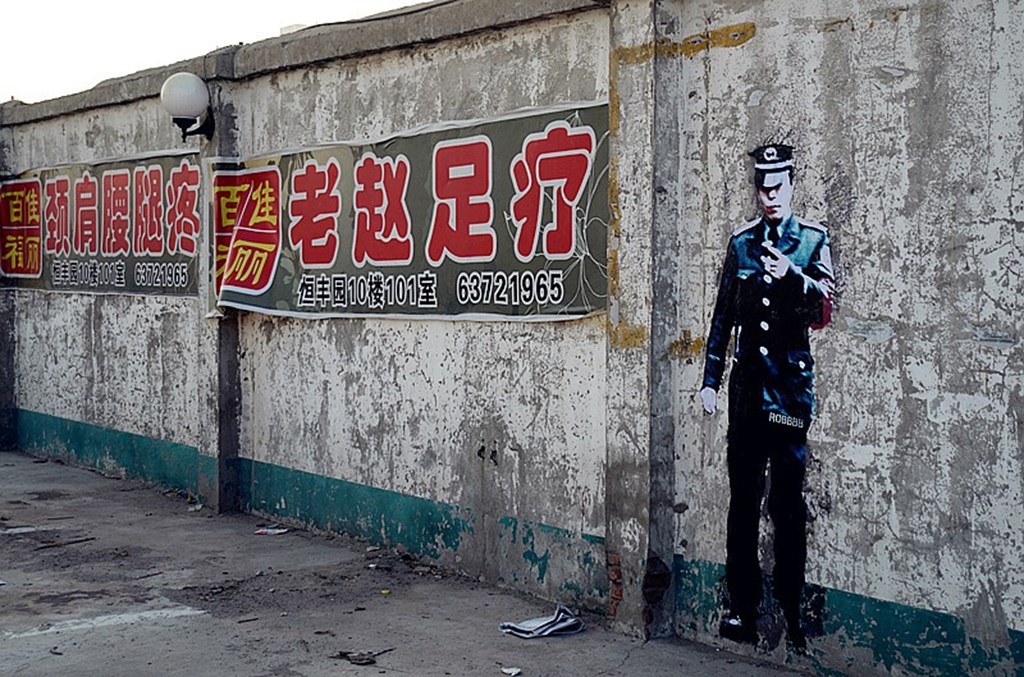 A street art and graffiti culture is not quite present in China in the way that it is in cities like San Franciso, London and New York, partly due to the oppressive environment in which artists work. Which is why it is exciting to hear about ROBBBB, a Chinese street artist whose works, like many street artists, urge conversation and reflection about the state of society. ROBBBB’s works are observations about the Chinese society, of the people who comprise it. They feature full-sized portraits of a policeman, a road sweeper, a young child and a jailed woman, among others. Of his works he says, “when people are affected by and begin to think as a result of looking at one of my works… that’s the start of an exchange… that’s what gives meaning to my work.” Find out more about ROBBBB here!