The paintings were purchased from the Rothschild family for €160 million, and will be on public display in France and the Netherlands. 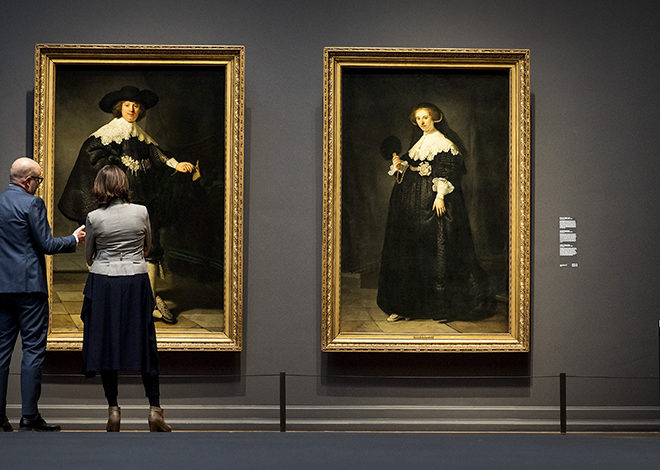 It is another warm homecoming story for art, after the Heironymous Bosch event earlier this year. Having been in private hands for four centuries, the two Rembrandt portraits – yes, that Rembrandt – of a wealthy Dutch couple will finally be available for public eyes. Painted in 1634, the large tableaux of wealthy Dutch Marten Soolman and his wife Oopjen Coppit were bought from the Rothschild family (one of the world’s wealthiest art collectors) in a joint venture by France and the Netherlands for a grand total of €160 million (about $174 million).

Towering over most people at 2 meters (as you can see above), the paintings commemorate the influential Dutch couple’s – called “the Kim Kardashian and the Kanye West of the Golden Age” by Amsterdam’s Rijksmuseum – first wedding anniversary, with both decked in black with white lace. A mark of excellence is evident – this is after all the work of a master – in Rembrandt’s use of light and shade, creating a seeming third dimension to the two-dimensional artwork.

Following an exhibition in the Louvre, the portraits were next unveiled in Rijksmuseum, and will call the Amsterdam museum its home until October 2.