Running from 22 June to 30 September, the exhibition will be displayed in the M+ Pavilion. 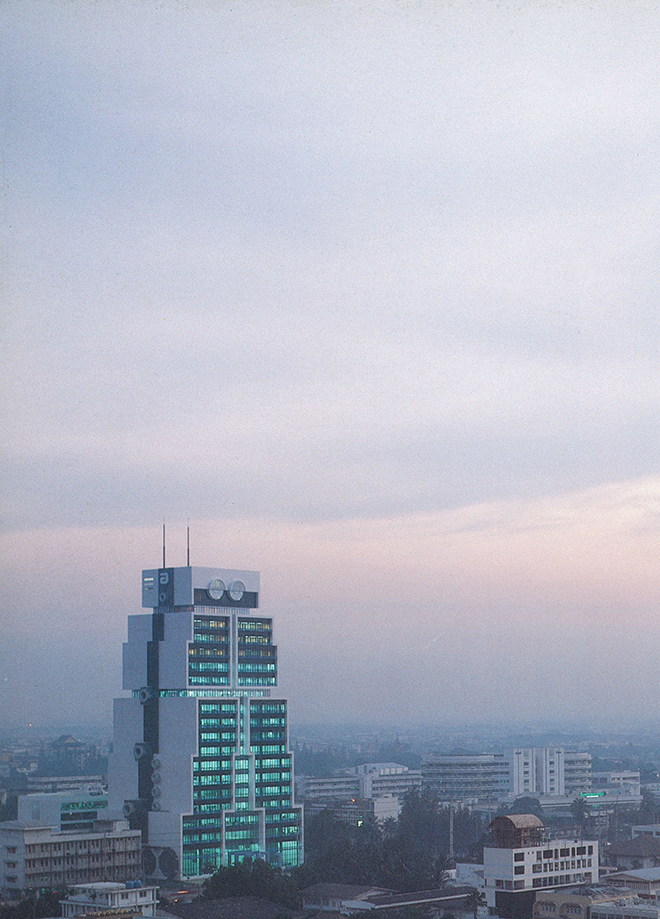 With the goal of becoming Hong Kong’s new museum of visual culture and a target for the M+ building to be completed by 2019, it has accumulated pieces relating not only to art but also design and architecture. The show is a self-reflexive examination of the museum’s works through a specific focus on the process of collecting, which is guided by a sense of openness that lets the region speak for itself, rather than attempting to speak for it.

ART REPUBLIK chats with Lead Curator of Visual Arts, Pauline J. Yao, and Associate Curator of Design and Architecture, Shirley Surya, to understand their methodologies, as well as the kinds of conversations and narratives they hope to inspire from the exhibition. 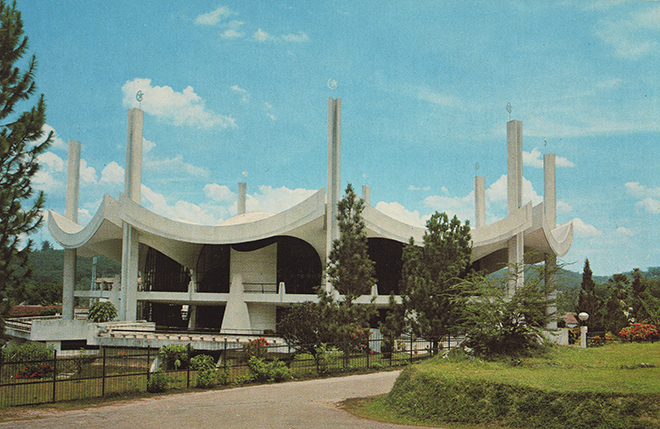 The concept of “Southeast Asia” has always been a topic of dispute and contestation, particularly since the region comprises of a myriad of religions, cultures, languages and so on that are seemingly incommensurable with each other. What is this “Southeast Asia” that the exhibition is in search of? ‘In Search of Southeast Asia through the M+ Collections’ presents a selection of works from the M+ Collections that relate to the geographical region of Southeast Asia. The chosen title is meant to reflect an ongoing process with no definitive endpoint, much like how the Collections started and will continue to acquire materials from and about the region. The exhibition comes with a sense of purpose in understanding and revealing specificities about the region, but also with a sense of open-endedness (or open-mindedness) of uncovering something unknown, or under-represented, over time. Neither the show nor the Collections are about presenting a survey. Rather, they are influenced by a series of either isolated moments or micro-histories that can open doors into highly specific contexts and conditions. We are not searching for anything overarching or conclusive, but perhaps seeking to present Southeast Asia as a complex gathering of specificities that span across the spectrum of local, regional and global. Why focus on the specific geography of Southeast Asia? How has the location of M+ outside Southeast Asian borders helped to illuminate the narratives explored in this exhibition?
Hong Kong is a city that has historically (and up to today) experienced an accelerated form of interconnectedness with other parts of the world. Similarly, as a museum rooted in Hong Kong, M+ has sought to take on a transnational framework in building and interpreting its collections. This does not entail a flattening of the “local” and the “global” but is instead a closer look at how artworks can be sources of influence on the multiple levels of local, regional and global. As such, we saw the need to present works beyond Hong Kong, mainland China, or East Asia. These are geographies that have been well-represented in M+’s public programming since 2011. Southeast Asia also happens to be the region in the M+ Collections that is represented by the most number of works after East Asia, which is why we thought to orient our gaze southward. And based on our collecting efforts in the region that began in 2014, we felt this area offered a diversity and richness across M+’s multi-disciplinary holdings that could be presented as an exhibition.

We also find that a strong kinship between Hong Kong and Southeast Asia exists, especially in terms of colonial histories and the circulation of ideas and people — even if the exhibition is not explicitly about it — that we think the Hong Kong public would notice. Some of these similarities include shared British colonial histories and post-colonial statuses of political, economic and cultural independence. This is particularly so in countries such as Brunei, Burma, Singapore, and Malaysia, the presence of the Chinese diaspora, interest in building for the sub-tropical region, and historic and contemporary links in maritime trade amongst other things. The history between Hong Kong and Southeast Asia is vast and deep but somehow not frequently addressed in cultural contexts so we also hope to raise this as a topic that can further expand understandings of one’s own locale. 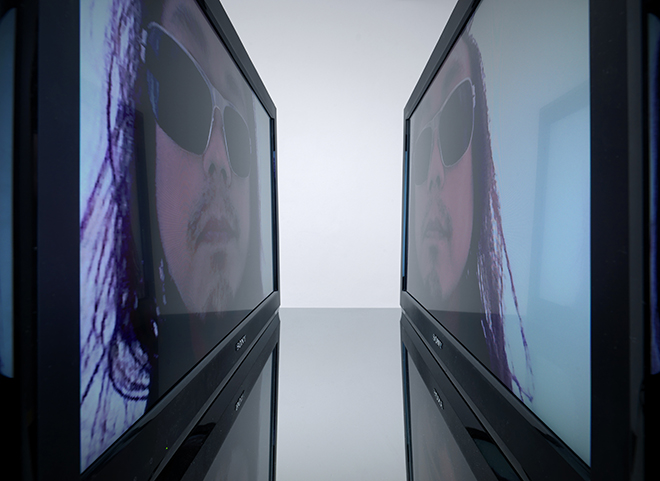 These parallels and connections between the two regions form the backdrop which informs the narratives we are working within this exhibition. For example, the Design and Architecture curatorial team has acquired works related to the narrative of post-colonial nation-building. This is in addition to pieces that illuminate the practice and discourse of “tropical architecture” in Southeast Asia, which is a key factor in characterising the architectural system of the region. But in our interpretation of the works, we also seek to understand the influences of the wider Modern Movement in architecture in shaping the local-regional place identity.

For visual art, additions to the collections by Southeast Asian artists have been primarily in the area of contemporary art and have evolved naturally out of our practice of acquiring both established and mid-career artists around the world. So on one level, contemporary artists in Southeast Asia who are active on the global circuit are natural candidates for the collections as we do look to represent a practice that engages with issues of a global nature. But in addition to this, we are also mindful of recognising some of the unique aesthetic histories and practices in the region, particularly those that can contrast with a dominant global visual art style and reflect more specific or localised methodologies. Across all cases, we are highly aware of how to situate artists from this region in dialogue with the stories we are already building that relate to Hong Kong, East Asia and the rest of the world.

Each discipline — whether visual art, design and architecture or moving image — is certainly rich enough to illuminate the specificities in the practice and discourse of any given cultural production. Yet how disciplinary histories have often developed along their own individual paths could either lead to some degree of navel-gazing or blind-spots. Thus, in this show, we aim to find a platform where audiences can begin to understand a particular phenomenon, or place, across its various manifestations. If we consider that the people behind the various forms of production of a specific period came from a similar social milieu, and were responding to similar socio-political forces, then taking on the methodology of presenting how artists, architects or designers respond to similar set of conditions could enable us to see things in greater multiplicity. Within our team, we’ve called this a kind of “visual culture as methodology”. It is one part of an interpretive framework that seeks to incorporate multiple perspectives and approaches into the interpretation of a subject. The key sections, or themes, of the show have emerged as a result of seeing the similar forces or overlapping narratives that have shaped the works of artists and architects, namely “Conditions of Place”, “States and Powers” and “Transnational Flows” which broadly correlate to the local, regional and global. Due to practical limitations on the space at M+ Pavilion, we can only show a fraction of all the works that we’ve acquired that are related to Southeast Asia. We were unable to include some larger-scale works such as Heri Dono’s ‘Flying Angels’ (1996) or Bui Cong Khanh’s ‘Dislocate’ (2014-2016), so visitors will have to wait for the opening of the M+ building to see these! Even Sopheap Pich’s ‘Compound’ (2011) piece is shown in abbreviated form. Our goal has always been to present a selection that could represent both the diverse geographies, media, practices and narratives of the region, as well as the works in the Collections. We prioritised works that have never been exhibited in Hong Kong before, such as ‘The Living Need Light and the Dead Need Music’ by The Propeller Group. We’ve also attempted to present works using the medium of moving images that are usually showcased at screenings for the first time, such as a film by Midi Z. For Design and Architecture, we chose to showcase works and archival materials that represent the key narratives which the team has researched since 2014, including tropical regionalism, post-colonial nation- building and postmodernism in Asia.

This project seems to draw from a wide range of artistic mediums, disciplines and origins. Tell us more about the highlight works from the collections. For Visual Art, some highlights include the aforementioned film by The Propeller Group as it has not been exhibited in Hong Kong, and Charles Lim’s film ‘All Lines Flow Out’ which will be shown in its full installation version, displayed alongside its two drain socks. The exhibition also includes a major installation by one of the most recognised Cambodian artists, Sopheap Pich, and an unusual video installation by Rirkrit Tiravanija. Occupying one of the large exterior walls will be a large mural work by Eko Nugroho with a commissioned project from 2010 that has been kindly donated to M+ by Hong Kong collector Hallam Chow.

The biggest challenge was to devise a method of displaying works of vastly different medium and materiality, that is, how we can provide enough room to bring out the distinct qualities of each work and groups of materials while letting them be in dialogue with each other. This challenge was of course compounded by the space constraints. But these are all necessary challenges and tests for M+ as a museum.

What are the kinds of conversations that you hope to spark from this exhibition?
We hope the exhibition will remind the public of M+’s remit as more than an art museum, and as a multi-disciplinary holding that encompasses a variety of mediums which can offer a broader perspective in making sense of various geographies. We also hope that it will spark interest and curiosity, or even a concerted understanding of Southeast Asia’s state of cultural production and its relationship to Hong Kong. In doing so, it may hopefully encourage a kind of “reorientation” in how Hong Kong sees its positioning beyond its immediate relationship to Europe, America, mainland China or East Asia, but also to the wider world, particularly South and Southeast Asia. This was what we had aspired to do through M+’s public event last December, entitled ‘REORIENT: Conversations on South and Southeast Asia’.