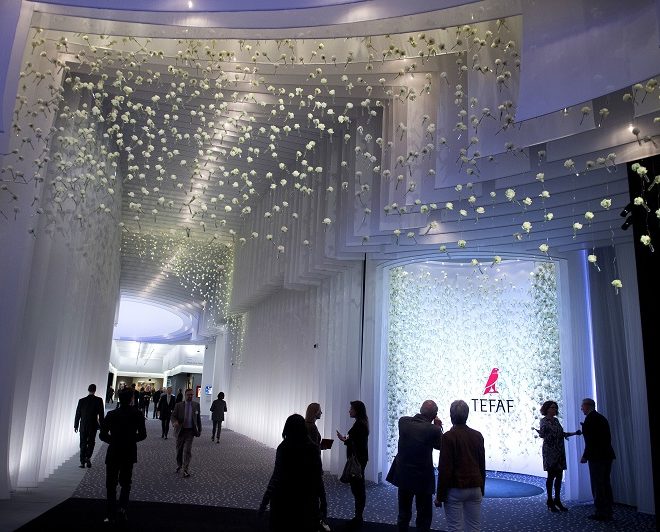 A recently discovered painting by the Dutch Old Master Rembrandt is the star attraction of this week’s European Art Fair in the city of Maastricht, Dutch media reported Wednesday. The painting, The Fainted Patient, is one in a series of paintings depicting the five different human senses (in this case, Smell, as the painting is also known). Of course, The Fainted Patient will not be for sale as it is owned by US-based art collector and philanthropist Thomas S. Kaplan, who owns two of the other ‘sense-paintings’. He is estimated to have paid between three and four million euros for Smell.

The Fainted Patient was originally discovered at a small auction house in New Jersey, originally listed with a maximum guide price of just $800. After a bidding war by art collectors who suspected of its origins, it fell into the hands of Paris-based art trader Talabardon & Gautier for around $1 million.

Rembrandt painted The Fainted Patient when he was around 19 years old, making it one of his earliest works. As such it also serves as a great example of what the painter’s style was like before he flourished later with many of the qualities that would make his oeuvre great. The colors are brighter, unlike the evocative chiaroscuro present in many of his other paintings. Another note is the work focuses on an ordinary subject, rather than the startling interpretations of Biblical stories that the Old Master became famous for.

Yet it was precisely because Rembrandt understood ordinary subjects so well that he came to add so much life to his Biblical or Mythological works. In looking through his etchings, another famous Dutch painter, Jozef Israëls, would write in an essay that “Hokusai, the Japanese artist, said that he hoped to live to be very old that he might have time to learn to draw in such a way that every stroke of his pencil would be the expression of some living thing. That is exactly what Rembrandt has attained here…I used to go home through the town, and it seemed to me as if I were meeting the very people I had just seen in the engravings”.

A classicist scholar and writer John Burnet, would also add in his own account that “Shakspe(a)re alone excepted, no one combined with so much transcendent excellence so many, in all other men unpardonable, faults,—and reconciled us to them. He possessed the full empire of light and shade, and of all the tints that float between them”.

Looking at his various depictions of Jesus throughout his paintings, for example, the martyr, when painted by Rembrandt, is completely humanized. By applying his realistic skill, the Master was able to bring out the emotions and complex feelings left unsaid in the holy text itself. It is no wonder why he still has such great appeal even till now.

Last year nearly 75,000 people visited the event, viewing offerings from 275 of the world’s leading galleries representing 20 countries. This year, with the shadow of Rembrandt behind it, who knows how many eager fans and connoisseurs will be eager to catch a glimpse of the work?

This story was written in-house, working off an AFP wire service report. The image is by the AFP.