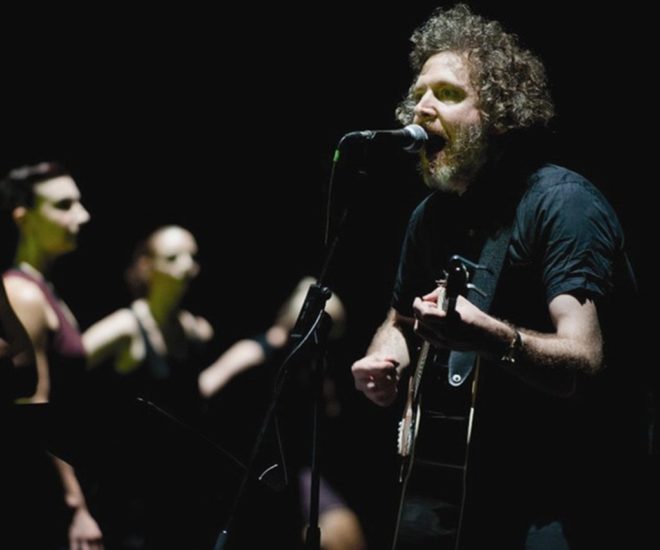 Winner of the 2001 Turner Prize, Martin Creed is recognized around the world for his minimalistic approach to art. Stripping away all the unnecessary, he transformed everyday materials and actions into works of art. Some pieces include works made out of Blu-Tack, broccoli and balloons and believe it or not, he won the Turner Prize for an empty room in which the lights turn on and off.

Creed’s works crosses all paths of artistic media, including music and his works will be shown at Southbank Centre from 29th January to 27th April 2014. The exhibition will be the first major survey of Creed’s work, ranging from the most minimal moments to extravagant room-sized installations.

Martin Creed was born in Wakefield in 1968 and is one of the UK’s most well-known and versatile artists. Known for his minimalistic art pieces, art is a part of life for Creed. Creed also composes music and has written for orchestras and ensembles. Visitors will be able to hear Creed’s Work No.409 when they visit Southbank Centre every day. Amongst the works that will be on show, one of them will be Work No 319, a room half-filled with balloons as well as a clay sculpture of a clenched fist that he made when he was just a schoolboy. Larger scale works will include Work No 1,000, never before seen in the UK, which comprises 1,000 prints made with spears of broccoli, in the manner of potato prints, and using 1,000 different shades of paint; seen from a distance “it resembles a huge colourful mural”.

Most of Creed’s works uses real objects such as doorbells, metronomes, ceramic tiles and items of furniture and Creed says that his art is concerned with “nothing in particular”. By focusing on the insignificant, Creed is able to transform apparently meaningless details into significant matter and it shifts out attention to the invisible structures which shape our experiences.