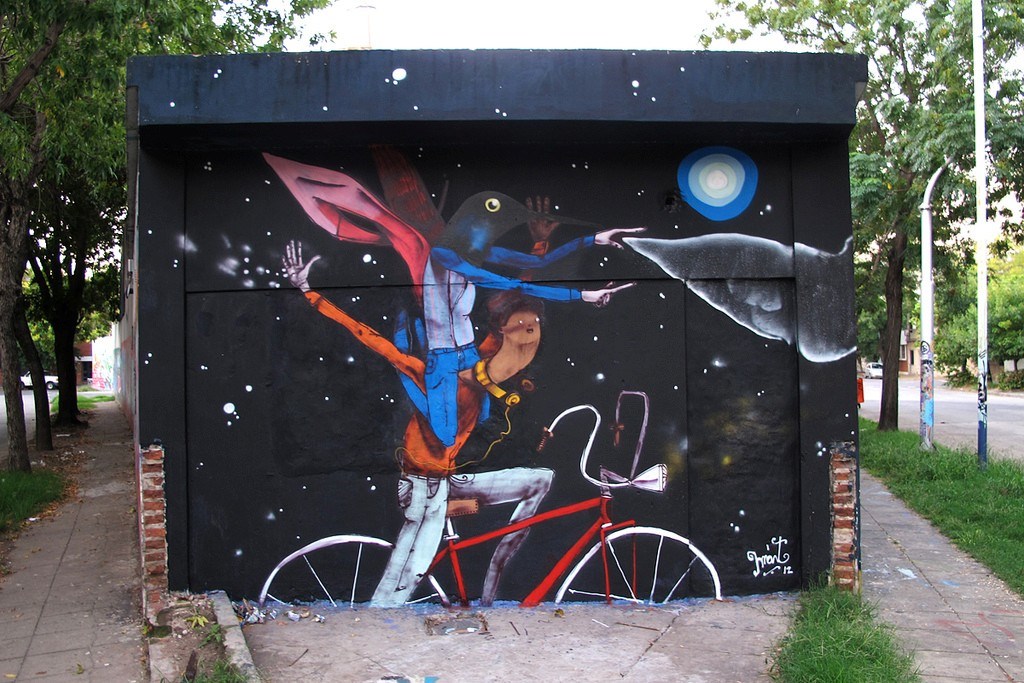 Argentinean artist Mart began painting graffiti on the street walls of Buenos Aires in the early 1990s. He is one of the very first street artists to introduce this form of art to Buenos Aires. Over time, he began to express himself through different graffiti styles and grew passionate about his role as an artist in a community. He has taken to brightening up the neighbourhoods with his playful and whimsical murals, painting his signature man on a bicycle. His works also include other playful stock characters such as quirky looking pirates. Much of his process is influenced by improvisation. Random swirls and lines often evolve to a larger composition of shapes. Mart still maintains a strong relationship with his community, and his work can be seen throughout Palermo, the neighbourhood where he grew up.