The Louvre museum in Paris will launch an appeal for a million dollars to help it pay for two medieval ivory statuettes that resurfaced recently. 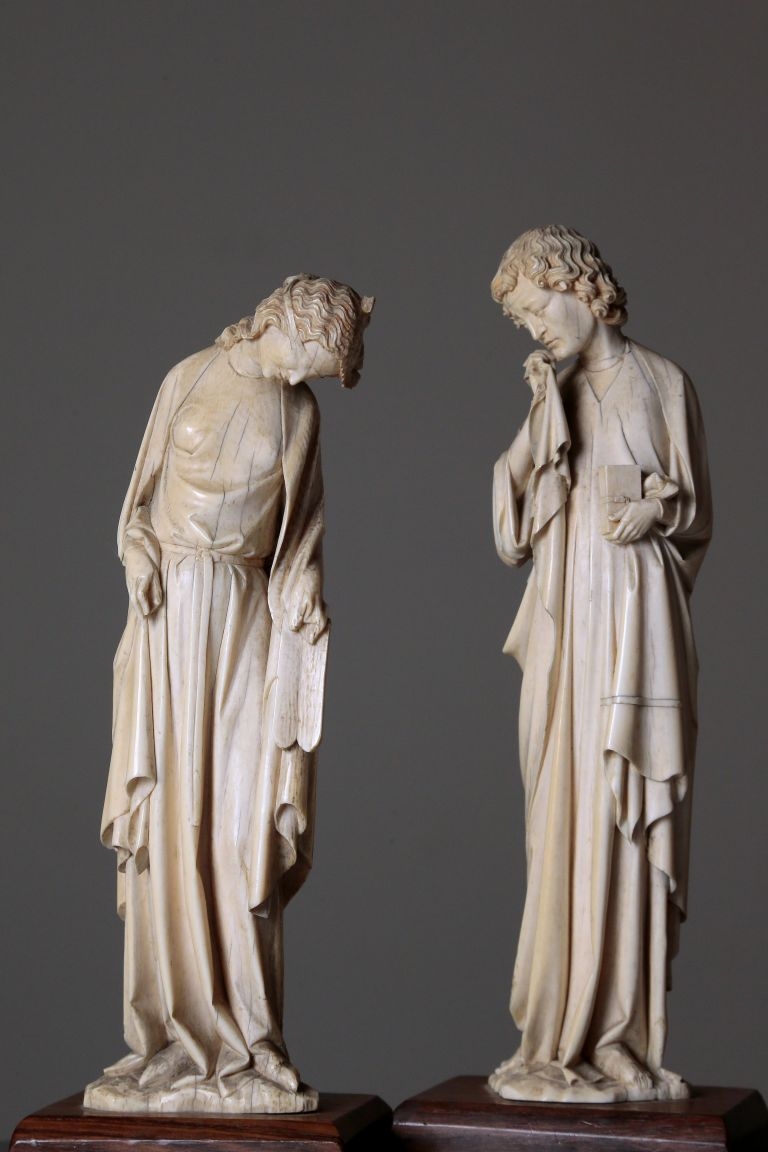 The Louvre museum in Paris will launch an appeal for a million dollars to help it pay for two medieval ivory statuettes that resurfaced recently, its director said Monday.

The museum has until January 31 to find 800,000 euros ($1.0 million) to buy the statuettes, director Henri Loyrette told AFP.

The total price asked by the private owner is 2.6 million euros, of which the Friends of the Louvre Society has raised half, while the art insurer Axa Art is chipping in 500,000 euros.

The statuettes of Saint John and the “Allegory of the Synagogue” would complete a collection titled “Descent from the Cross”, Loyrette said, adding: “The ensemble is a great masterpiece of French Gothic art.”

The Louvre has a first option to acquire the statuettes, which are classified as national treasures. They are some 20 centimetres (eight inches) tall.

Loyrette said the museum had all but given up on finding the two statuettes it needed to complete the “Descent from the Cross” collection.

“We were losing hope of finding them. Then one day, a private collector took them out of a bag in my office. He’d come to offer them for sale. It was a revelation,” he said.

The statuettes had been in the private collection of an engineer, whose grandson is offering them for sale.