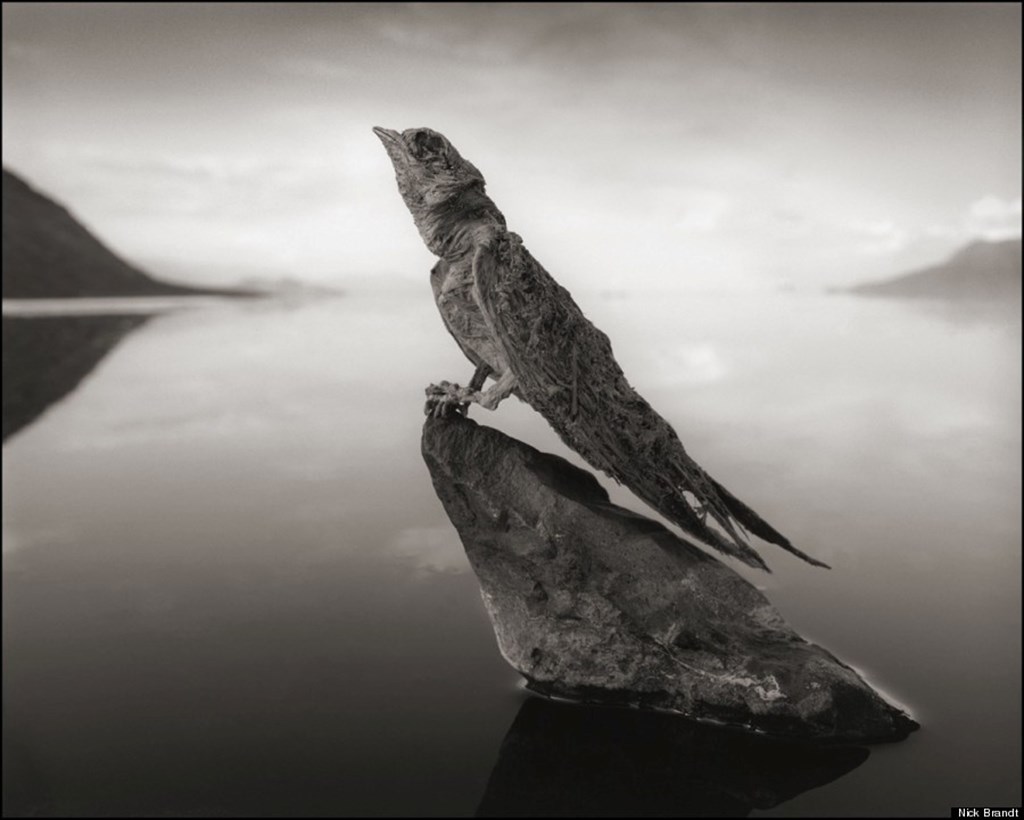 Photographer Nick Brandt came across an interesting phenomenon near the shoreline of Lake Natron in Tanzania. He saw calcified corpses of various animals, perfectly preserved in every minute detail. This phenomenon is caused by high soda and salt content in the lake itself that makes it inhospitable for any form of life. Brandt mentioned in an interview with The Huffington Post that “There was never any possibility of bending a wing or turning a head to make a better pose — they were like rock, so we took them and placed them on branches and rocks just as we found them, always with a view to imagining it as a portrait in death.”