Ahead of the much-awaited sixth anniversary of Le Cabinet de Curiosites exhibition, designer Christopher Jenner has revealed what he plans to present. 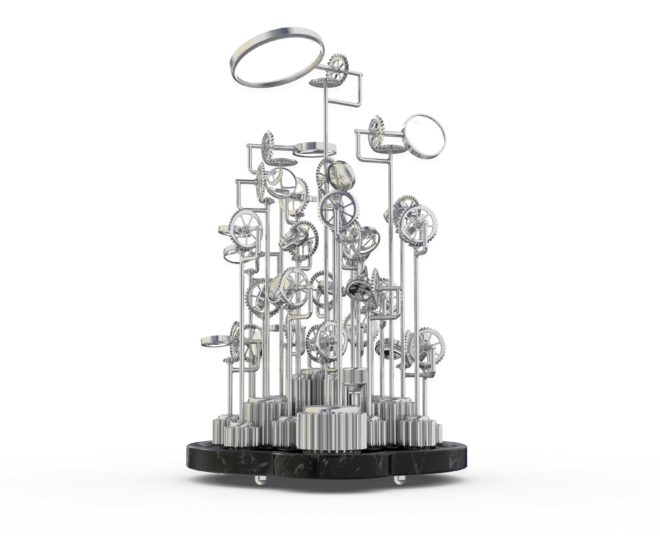 Ahead of the much-awaited sixth anniversary of Le Cabinet de Curiosites exhibition, designer Christopher Jenner has revealed what he plans to present. Ahead of that, the Cabinet of Curiosities is an old world concept that the noble classes pioneered in Europe. It involved collecting oddities and curiosities, hence the name.

Back to the story at hand, Jenner has created a highly engineered Menagerie des Miroirs, referencing the age of discovery and scientific observation. His composition, crafted with the precision and finesse of traditional watchmaking, is a technical layering of vertical stainless steel cogs and arms set in horizontal composition on a black marble plinth. The piece can be manipulated with a small oak turning dial to activate a kinetic choreography of cogs and wheels that reveals a complex ballet of magnified glass and reflective mirror.

The Thomas Erber-masterminded travelling exhibition will be open for public viewing in Paris from now to 31 December. Visit the official website for more details.

This story was originally published in Form magazine in Singapore.