One-room prefab house on sale at Design Miami for $2.5m

A rare prefabricated one-room house designed by Jean Prouvé in 1945 is on sale at Design Miami for $2.5 million. 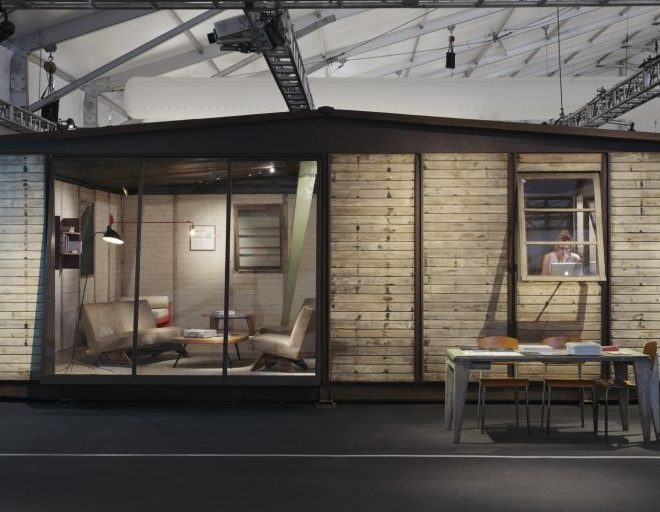 A one-room house designed by French architect Jean Prouvé has gone on sale for $2.5 million after being displayed in public for the first time at Design Miami. The ‘8X8 Maison Demontable’ was designed in 1945 as part of the post-war boom in affordable, mass-produced housing. Now only two of the original 8 x 8 meter constructions are thought to remain in existence: this one and the one used by Prouvé as his office, which is now officially a historical monument in Nancy, France. The house is being sold by the Galerie Patrick Seguin in Paris and offers are currently being considered.

Jean Prouvé was a 20th century architect known for his innovative work with metal. He produced prefabricated houses, building components and facades and furniture for the home, office and school.