Indian elephant gets her own art exhibition

Paintings by an Indian elephant have gone on sale at a gallery in the capital, Delhi, to help raise money to protect the endangered animals. 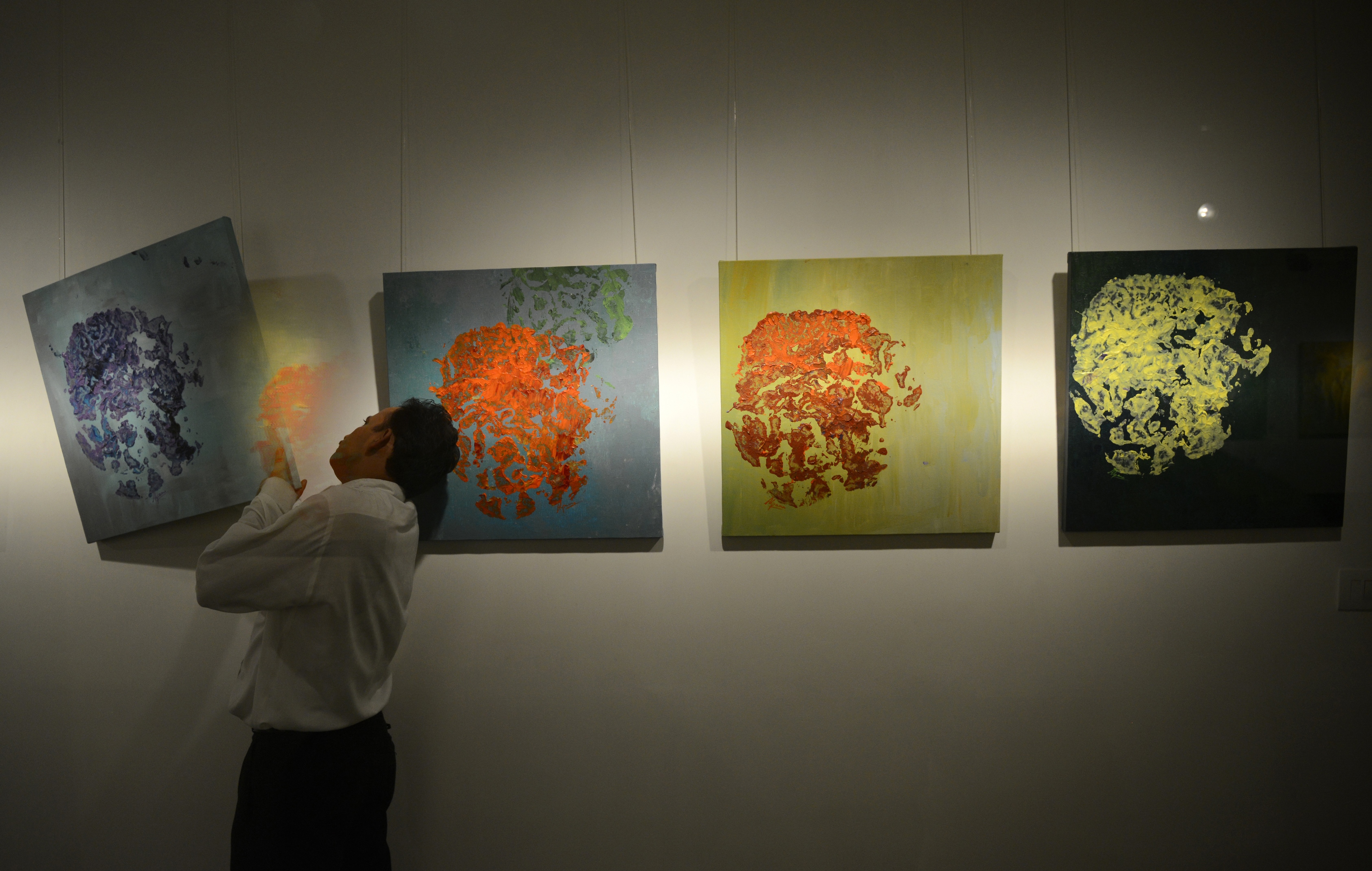 A series of paintings by an Indian elephant have gone on sale at a gallery in New Delhi to raise money to protect the endangered animal.

Artist Alpana Ahuja used baskets of bananas and other treats to lure Phoolkali, an elephant who was rescued from her abusive owners, to create her masterpieces — giant footprints in bright hues.

The trick, she said, was to catch the elephant in a good mood, dab paint on its foot and press it against a giant canvas.

The money raised from their sale will be used towards elephant conservation, said Babita Gupta, the art director of the ArtSpice gallery, where the paintings are on show until September 19.

Gupta declined to say how many of the paintings, priced between $165 and $400, had sold — though she said they were generating lots of interest.

The exhibition is timed to coincide with the Indian festival of Ganesh Chaturthi, which celebrates the elephant-headed Hindu god Ganesha.

“The idea in our culture is that the elephant is glorified as Lord Ganesha… yet the animal that represents the lord is abused,” said Geeta Seshamani, co-founder of Wildlife SOS, which collaborated with the art gallery in the exhibition.

The World Wildlife Fund estimates the population of the Indian elephant between 20,000- 25,000. They are often kept in pathetic conditions by their masters and trafficked illegally.