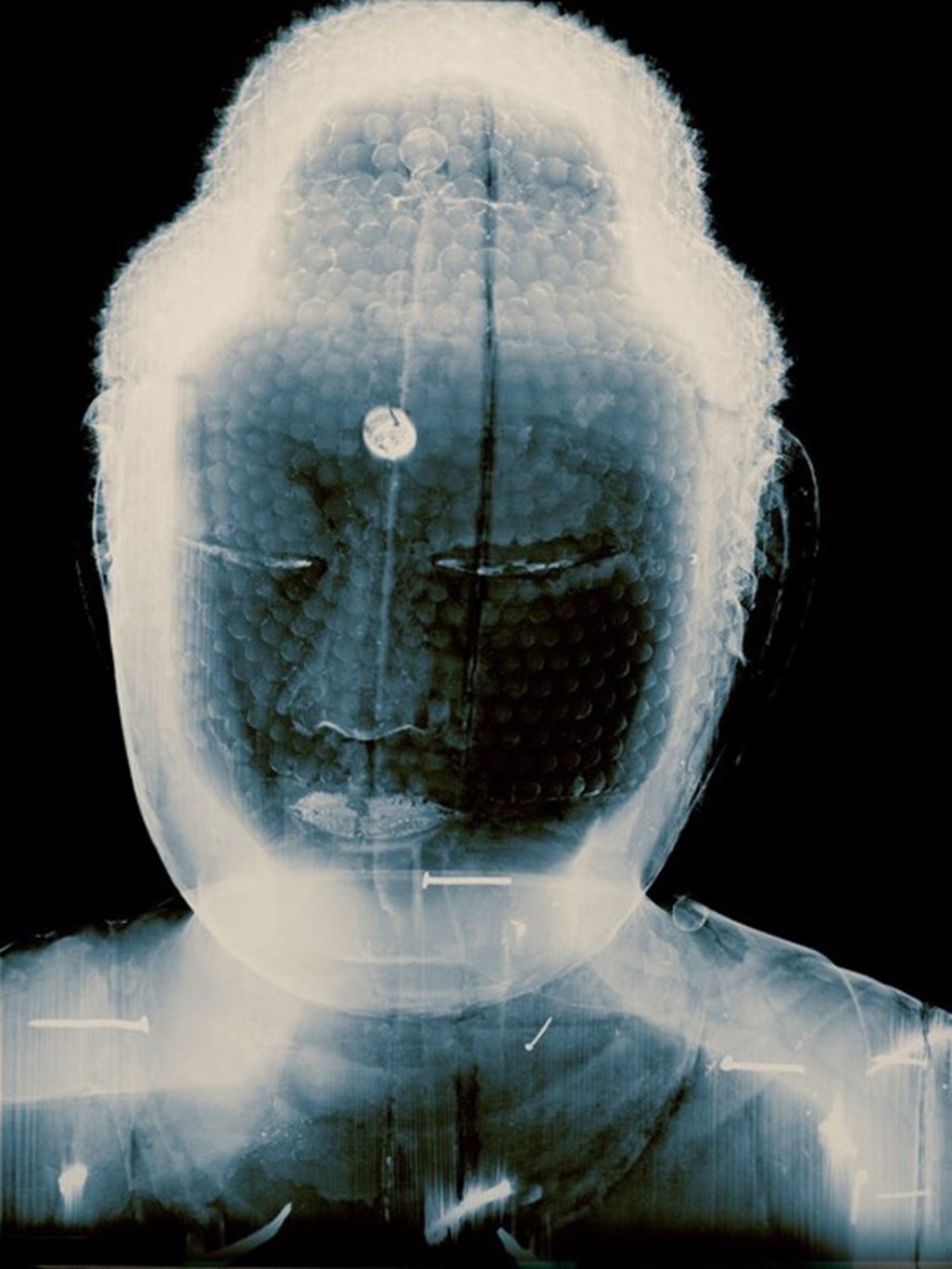 “History’s Shadow has as its source material x-rays of art objects that date from antiquity through just prior to the invention of photography. The x-rays have been culled from museum conservation archives, re-photographed and re-worked. Through the x-ray process, the artworks of origin become de-contextualized, yet acutely alive and renewed. The series concerns the dual processes and intertwined themes of memory and excavation.”

Photographer David Maisel exposes the complex structural elements within historical artifacts dating from antiquity to the 19th Century. His series, titled “History’s Shadow”, uses X-Ray scans to being the viewer’s attention to the hidden components within old statues. The outlines of the X-Rays look familiar, but what is highly illuminated by the monochromatic scans are the fragments and forms that lie within. Cracks in the sculptures appear as delicate dark strands, exposing an intrinsic beauty that lies within these already intriguing artifacts. “These objects that have existed for centuries take on a new romanticized quality in Maisel’s work and provide us with an often unseen glimpse into the artistic process that was involved to create them.”