The late American artist is welcomed back to London in a new exhibition. 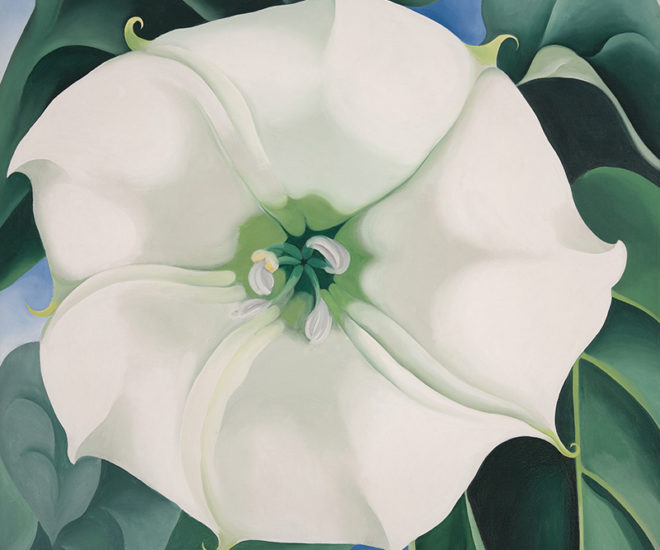 The Tate Modern art gallery in London is welcoming more than 100 pieces of art by Georgia O’Keeffe to mark a century since she made her debut in the art world. Regarded as the “Mother of American Modernism”, the exhibition is also the first time in two decades that her work has been shown in the United Kingdom.

Featuring six decades of the artist’s career, the exhibition is broken down into 13 sections that chronicle the charcoal abstractions and famous flowers she was known for. The artist’s late aerial-retrospective paintings will also be included in the exhibition. Along with showcasing the evolution of her work, the exhibition will also explore the influence she received form various artists such as modernist  thinker Arthur Weasley Dow, Wassily Kandinsky, photographer Ansel Adams and Paul strand. With the help of several portraits and nudes, her relationship with Alfred Stieglitz will also be explored.

The common theme in her artwork is nature such as that in the American Southwest — think New Mexican landscapes —, which dispels the notion that she only produced pieces that featured flowers. A highlight of the exhibition is the “Jimson Weed/White Flower No.1” which was the most expensive painting by a female artist in 2014. Having been sold for nearly $45 million by Sotheby’s, the painting had been the pride and joy of George W. Bush’s dining room for six years.

The Georgia O’Keeffe exhibition at Tate Modern will run from July 6 till October 30. For more information, visit the Tate Modern’s official website.