Intrepid photographer and bona fide adventurer Rosalynn Tay is the quintessence of someone who takes life by the horns and revels in every moment of it. 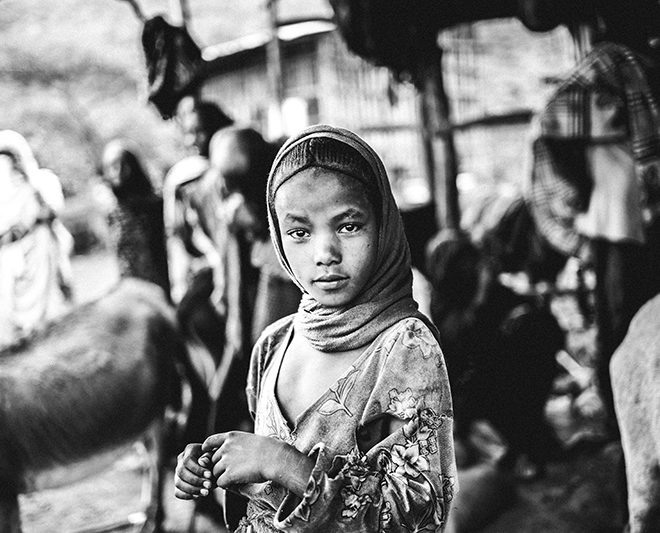 No one embodies joie de vivre quite like Rosalynn Tay, especially when you peruse the list of things she’s done. In fact, what has the woman not done? The vivacious 52-year-old’s first job was being a crime news journalist for Malay language newspaper Berita Harian. “I gave up to be a full-time housewife when my daughter was born 23 years ago,” she reveals. When her daughter was in secondary school, Tay picked up ballroom dancing to keep fit. “That hobby eventually became so serious, I started to compete professionally,” she says. After training for less than a year, she clinched the top spot in several amateur competitions. Recently, she picked up skiing, another of the many hobbies she approaches with much fervour. “I think I’m pretty adventurous,” she admits. “I love trying out new and unusual experiences. I learnt how to ski at the beginning of this year – at an age when most people are scared to fall!”

But the leisure pursuit that takes centre stage now is photography. “I always wanted to pursue it, but was put off by how heavy a DSLR is,” says Tay, who bowed out of ballroom dancing when she injured her knee during training. That resulted in her search for a new hobby. Serendipitously, a friend recommended that she check out the Leica M Typ 240 two years ago. “Up to that point, I had always been using idiot-proof, point-and-shoot cameras. The Leica M Typ 240 helped me discover a whole new world of photography and proved a godsend for street photography. I take it with me wherever I go,” says the zealous traveller, who has traversed India by train, taken a solo month-long cruise from South America to Antarctica, and spent a month in Ethiopia off the beaten path, where her encounter with the spartan lives of the Suri tribe, the harsh weather and vexatious tsetse flies formed the subject matter of her first solo exhibition simply entitled Ethiopia. “I love capturing the portraits of ordinary people and their everyday lives. All I want is to document reality. I want to be a visual storyteller, and tell stories with photographs the way authors do with words,” says Tay, who also professes to having a great love for flora and fauna, which is unsurprising, considering the Penang-born adventurer grew up on family-owned plantations that produced durians nutmegs and cloves. “Life was simple and I was surrounded by Mother Nature,” she recalls. “I watched the sun set every evening and watched the dragonflies and butterflies flit around the stream. It was beautiful.” Of her brand of photography, Tay says, “I like to capture ‘the moment’ and always try to add a touch of humour. And I like contradiction, which abounds in places like Cuba – the last bastion of communism at the doorstep of liberal-democratic America.” She adds, “I also love the hiddenness of untouched cultures.” Truly, Tay has learnt much from her travels, one of the greatest lessons being the illusion of wealth. “I have photographed some of the happiest faces in the poorest of countries,” she says. “It really shows that we don’t need much to be happy.” On her bucket list of countries she would like to visit are Iran, Israel, Pakistan and Bolivia. A visit to Sri Lanka is coming up soon – “I will be going there to attend a friend’s birthday party and to shoot.” – as is a trip to Paris where she will be taking a fashion photography course conducted by acclaimed lensman Paolo Roversi at Speos Paris Photographic Institute. It is Tay’s incessant hunger to learn, her unstoppable spirit of adventure and a desire to be always in and of the moment that keeps her going. “What I do, I do for fun. It’s a hobby. But my dream is to turn my photography into a form of philanthropy,” she says. “Hopefully, by documenting these colourful, cultural aspects of humanity and immortalising them in my photos, I can make a difference in the world one day.”