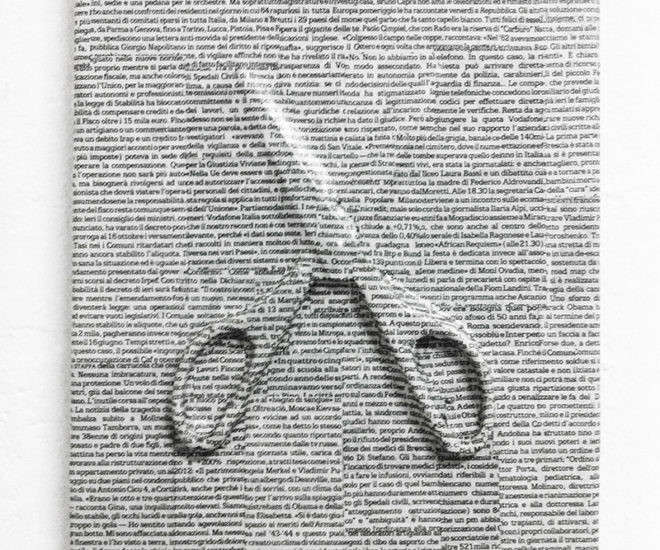 To Chinese artist Guo Dong Lai, there are no absolute truths or lies in this world. He believes that one constructs his or her own ‘truth’ according to their human needs or wants at various stages of their lives. The 31-year-old visual artist seeks to explore the false dichotomy between truths and lies with his series of sculptures he titles, ‘Lies’. The series is filled with sculptures that resemble both commonly found objects, as well as unique-looking abstract shapes. For example, he re-creates found objects like his mixed- media artwork ‘Can not cut’ (2014) that depicts a realistic pair of scissors; or his artwork titled ‘Today’s Entertainment’ (2014) that depicts a television attached to a wall plug. On the other hand, he also creates objects of unusual shapes, such as his artwork titled ‘Cross the lie’ (2014) that resembles a stick wedged diagonally between a compartmentalised rectangular box.

Despite the range of subject matters, he keeps a consistency on concept and form in terms of his expressive art language. Each piece represents a dialogue of some sort between natural and artificial materials. In-line with his theme, he combines both natural and industrial materials to expose the discussion between the organic medium versus an artificial medium. With this, he demonstrates how reality can be formed by both real and fake material, and how the reconstruction and blending of these materials could translate to unprecedented meanings. Another distinct feature of the artwork is that each installation is clad in Italian newspaper. The artist, who splits his time between Beijing and Bologna, chose this common medium with the intention of representing that art is a reflection of life. He also chose the newspaper an essential object in his creation because it transmits information that might not necessarily be true. In using this medium, he wants to portray that as authoritative source of information might not necessarily translate to the truth, and that lies exist all around despite us knowing.

“The artworks of Guo Donglai presented a rather remarkable art level; they not only dissolved the trace of ‘human’ and ‘me’, but reactivate isolated objects through encounter of materials. To sum up, the artist blurred out the boarder between handcraft and nature, and showed an unprecedented existence and concept through reassembling materials,” commented art critic and curator Huang Du. Last year, the artist showcased some of his works at Parisian gallery Galerie Liusa Wang, who will also be bringing his works to their booth at Art Central 2016 in Hong Kong. The gallery, who also represent a host of Asian and European artists, chose this specific theme with the aim of challenging its viewers to evaluate the flexibility of lies and truth. In his simple yet nuanced series of multidimensional installations and sculptures, the artist seeks to send the message that what is true, and what is false, is relative to each individual. With this, he urges his viewers to broaden their perspectives – to observe the various ‘truths’ and ‘lies’ beneath the surface of things.