The art festival returns with a focus on the world of tomorrow and innovative works. 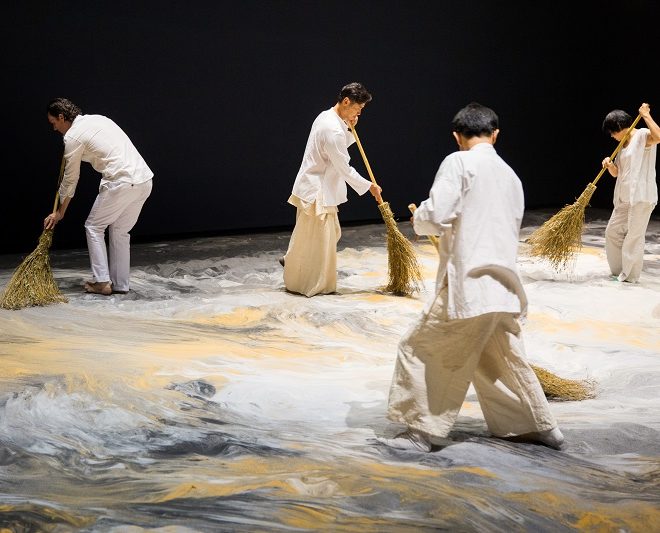 Biennale of Sydney: The future is already here – it’s just not evenly distributed is the title of the 20th edition Biennale of Sydney art festival. The Biennale, which also happens to be the largest contemporary art event in the Asia Pacific region, will run from March 18 to June 5, 2016 and features 83 artists from 35 countries. The various exhibitions are also supplemented by public programs including daily guided tours, lectures, workshops and salons.

Among the exhibitions featured, some of the highlights include:

Lee Bul’s Willing to be Vulnerable (2016) – a site-specific work filling a 1,640 square meter industrial space with an epic cityscape filled with aspects of the familiar while appearing surreal.

Lee Mingwei’s Guernica in Sand (2006/2016) – a recreation of Picasso’s Guernica in sand. Members of the public will then be allowed to walk on it and eventually it’ll be ritually swept up by bamboo brooms.

Marco Chiandetti’s “The boundaries which divide Life from Death are at best shadowy and vague. Who shall say where the one ends and the other begins?” (2016) – The installation derives its title from Edgar Allen Poe’s “The Premature Burial” (1844) and addresses themes of transition and the politics of migration. It focuses on the mynah bird, also known as the Indian Myna, which was introduced to Australia in the late 19th century.