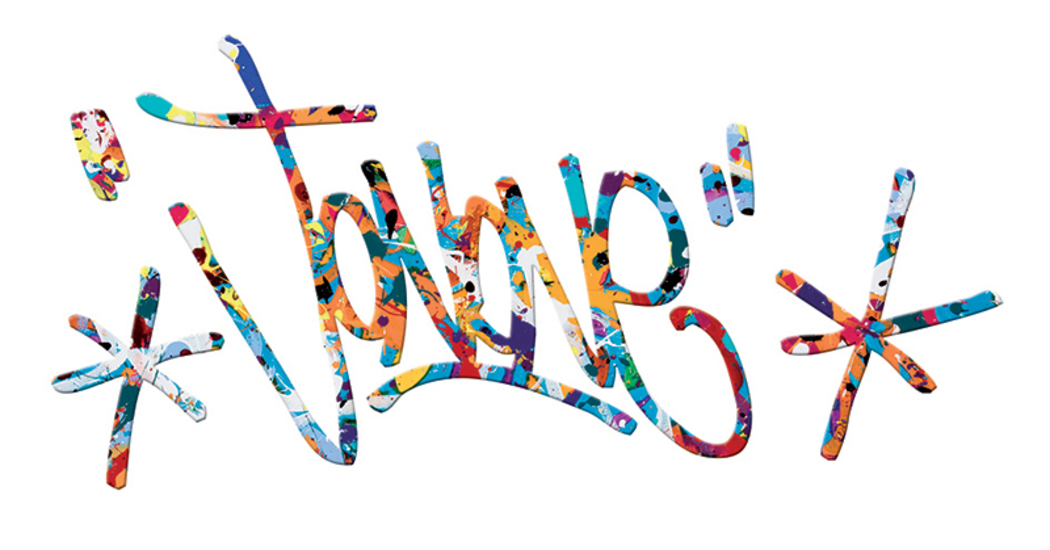 No one combines abstract expressionist painting with graffiti art like JonOne does. The renowned New York-based American graffiti artist plays tribute to the freestyle graffiti art scene of the 1980s with his stunning new series, ‘Crossing Over’, with Galerie Bartoux. These colourful paintings reflect the uninhibited style, colours and vibrant graffiti movement in New York while depicting the chaos and beauty within the big, bustling city.

In ‘Crossing Over’, JonOne explores the relationship between positive and negative space as a means of exploring the boundary between chaos and order. The painting is filled with expressive strokes of vivid colour that is likened to the energetic style of graffiti. To give these paintings more depth, the artist incorporates bold, richly hued areas to contrast the more delicate brush strokes. Adding these elegant touches to this somewhat erratic painting gives the work a certain rhythm, aimed to illustrate the dynamic pulse of the city that inspires him. John Andrew Perello, who goes by the pseudo name JonOne, was born in 1963 in New York. He started doing graffiti art at the end of the seventies by painting the streets and subway cars. During that period, graffiti street art was gaining more popularity and started having more social and political significance. After gaining more recognition in the growing street art scene, JonOne started the 156 All Starz group, a group of likeminded street artist. What set him aside from the other artists was his attention to the movement of colour more than the figuration of his paintings. Combining his love for street art, with his interest in colours and techniques of modern painters like Kandinsky and Matisse, JonOne began painting on canvas with the same signature style he had on the streets.

His iconic ‘abstract expressionist graffiti’ painting style caught the attention of both local and international art collectors and gallerists. Following the invitation of gallerists Bando, JonOne moved to Paris in 1987, and the artist continued creating and showcasing his works around Europe into the early 1990s. He held his first solo show at gallery Gleditsch 45 in Berlin titled ‘Graffitism’. It was also during this period that he realised his large scale canvas painting ‘Balle de mach’, which he sold at an auction more than 10 years later to a New York collector for 24,800 euros, setting the record for the highest bid in France for graffiti art. Since then, JonOne has received great success, commissioned by clients such as Rolls Royce, Lacoste, and the Foundation of Abbé Pierre, to create large-scale notable artworks. On 5 February 2014, his artwork ‘Rest in Peace’ beat his previous record sale price for a painting, selling at 71,240 euros. That same year, the mayor of Marseille, Jean- Claude Gaudin, presented JonOne with the medal of the city. During the same month, JonOne worked with Perrier to launch limited edition ‘Perrier inspired by street-Art’ bottle labels.

Most recently, he worked in collaboration with the world- renowned Maison Guerlain in stylising the iconic flask ‘Abeille’. In total, 98 unique pieces were exhibited at the Champs-Élysées in Paris. Another one of his recent artworks ‘Up and Down’ received a lot of attention when he offered this vibrant artwork to be on display in the city of Montpellier in Southern France. Once again, he was presented with a medal to honour his contribution to the city.

JonOne’s extensive body of work and his impressive list of accolades is a testament to his unique ability to capture the life, beauty and spirit of megacities.