LYBRA and SYBAss members have stated they don’t intend to participate in this year’s Monaco Yacht Show, according to SuperyachtNews.com.

Michael Breman, Sales Director of Lurssen, has described Monaco Yacht Show organisers as “prisoners of their own success”, according to a SuperyachtNews article about SYBAss and LYBRA members declining to participate in this year’s edition of the ‘world’s greatest superyacht event’.

SYBAss (Superyacht Builders Association) and LYBRA (Large Yacht Brokers Association) wrote a letter to Informa, organiser of the Monaco Yacht Show, to say that their members will not participate in the 2020 edition, scheduled for September 23-26.

The SYBAss website says the association’s 21 members collectively account for 60 per cent of yachts over 40m, while LYBRA comprises eight of the world’s leading superyacht brokerage houses (see members at the bottom of this article).

“From my perspective, I think it would be unsuitable to have a boat show, but I want to use the fact that this is the case to sit around the table and work out what we should be doing in the future, and that dialogue needs to get moving,” Breman said, according to the article.

“The reason we are doing this is to bring the show forward so that it actually achieves what it professes to. For years, we have been trying to address this situation, but they are prisoners of their own success. The letter is a positive letter; it is asking Informa to do the right thing and the right thing is to not have the show.”

The letter sent to Informa, seen by SuperyachtNews, explains that both associations have doubts over the safety of the show, the attendance of clients and whether the show is appropriate within the context of the global pandemic. 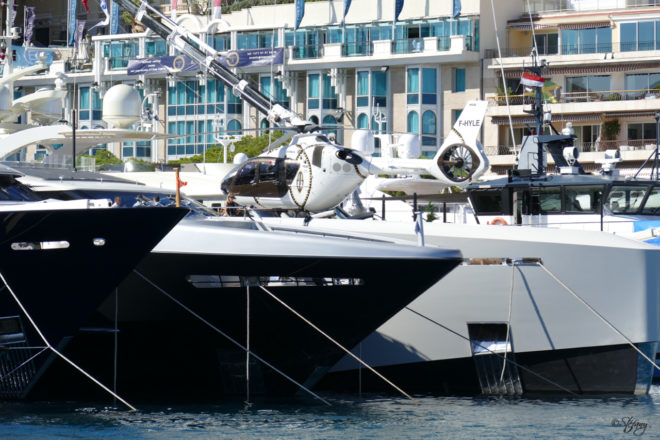 The letter begins: “Throughout our industry, there has been much speculation as to whether the Monaco Yacht Show can take place this year. Lockdown arrangements across the globe currently vary and travel restrictions are extensive. It is clear that the necessity for social distancing will continue for the foreseeable future, but beyond that, the detail of the varying government-led restrictions in the coming months is unknown.

“In this climate of uncertainty, however, both LYBRA and SYBAss members have reached a clear decision that they do not intend to participate in MYS 2020, even if it is able to go ahead in September as scheduled.”

However, the letter also indicates a growing divide between the organiser and key exhibitors from SYBAss and LYBRA, who say that any event this year would provide ‘even less of an ROI than recent years’ and that Informa ‘has consistently refused to listen to the voices of its most important players – the exhibitors’.

“Our industry faces a new environment going forward. We simply cannot be investing such significant sums at this time into an event that looks likely to provide us with even less of an ROI than recent years and with an organiser that has consistently refused to listen to the voices of its most important players – the exhibitors,” the letter states.

“With the non-participation of LYBRA and SYBAss members likely resulting in a deterioration of exhibiting yachts, major industry companies no longer being present at the show, and the potential negative perception of the superyacht industry by the general public, we request that Informa take stock of the situation and consider cancelling the show.”