Sporting curvy, racing (can we say “racy”?) lines, a competition-ready chassis, and a V-6 engine designed by Enzo Ferrari himself; it is no doubt the Ferrari Dino 246 GTS – named for Enzo Ferrari’s late son Alfredino Ferrari – was a crowd stunner at the 1965 Paris salon. This Italian supercar has come a long way before gaining its current status as an important car in the Ferrari history. Thus, when a Prancing Pony of such historic provenance is put up for auction, the classic car connoisseurs at LUXUO take notice. 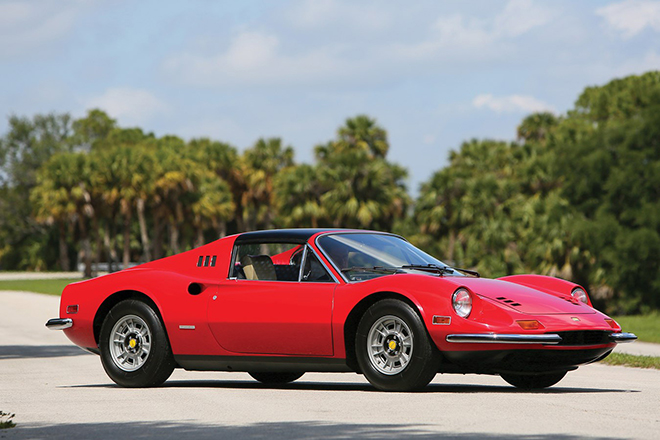 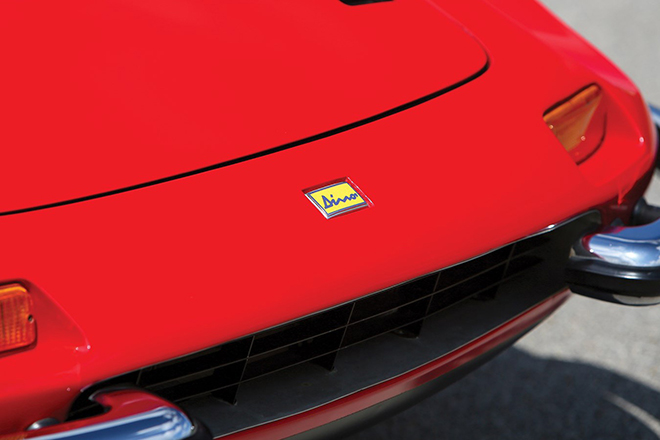 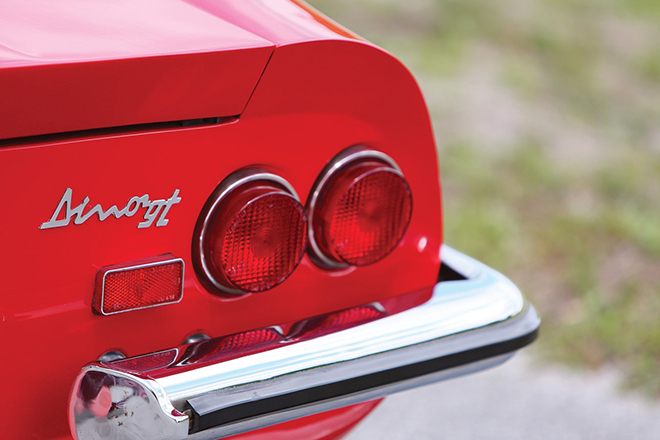 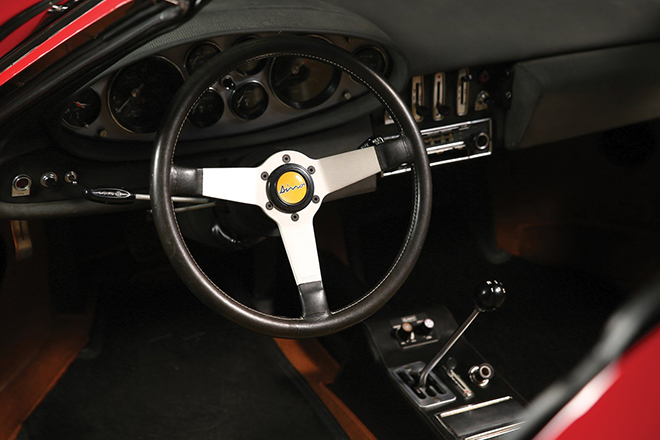 Despite (or in spite of) its good looks, the 206 S Speciale was long seen by Ferrari purists as less of a classic Ferrari because the original model of the Ferrari Dino did not bear Ferrari’s iconic Prancing Pony, in its place is a “Dino” plate, made by Enzo Ferrari to honour his son. However, over time, the “Junior” Ferrari Dino 246 GTS has earned the respect of enthusiasts as a timeless and highly collectible model.

The Dino 246 GTS up for auction was the first vehicle made at the Maranello factory to enter production with a mid-engine and rear-drive design. It is then finished in Rosso Chiaro (brilliant orange/red) over beige leather with Daytona seats. This Ferrari Dino 246 GTS has only seen two owners since its production in 1974 and has tallied up a mere 8,300 miles over the 44 years, which makes this certainly one of the lowest-mileage Dinos in existence.

Completely unrestored and original throughout, the “Junior” Ferrari Dino represents history and rarity, certainly one of the best cars to begin classic Ferrari ownership.

Head over to Sotheby’s for your chance to bid on the car.