It has a new name, new engine and new sound. So, what do we think of the Porsche 718 Boxster S? 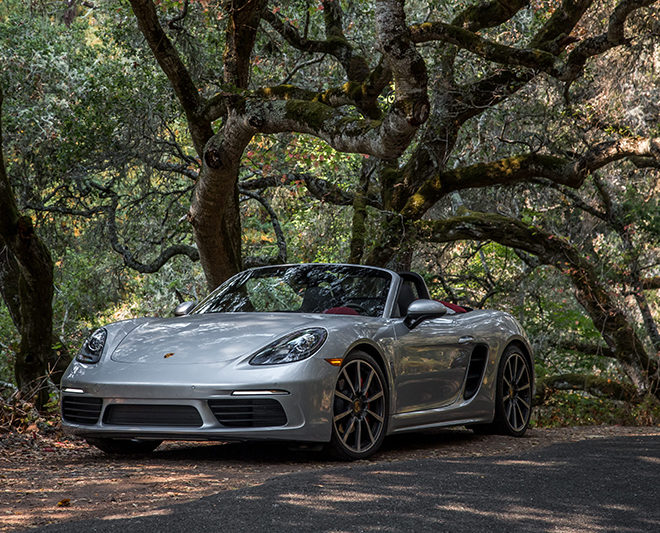 The Porsche 718 Boxster is no longer the entry level sports car at Porsche, that title now goes to the new 718 Cayman. Since its launch in the late ‘90s, the car has grown tremendously. It is wider, longer and lower than its predecessors. In fact, the only part of the car that remained similar in size is the engine. In keeping with Porsche’s current trend of downsizing engines and turbo-charging, the new 718 comes in a 2.0 L (300 hp) and 2.5 L (350 hp) turbo-charged guise. This is the first time in many decades that Porsche has featured a 4-cylinder engine in one of their cars.

So what is it like? Well I picked up a Porsche 718 Boxster S from Porsche Singapore and I can attest that aesthetically, it is one of the prettiest roadsters on sale today. Over the few days that I had the car, I had a number of people approach me with praises of the car’s good looks, especially with the top down. I wasn’t surprised — it has got that old-school, wide, mid-engine charm that gets you excited and makes you want to drive it constantly.

I remember the Boxster commercial I saw when the car originally came out; it really stuck with me, considering I was only about 14-years-old then. A guy awakes from a coma after several decades, goes out to the garage and hops into his classic 550 Spyder. As he’s driving along, a Boxster overtakes him and both drivers are completely amazed at what they’ve seen. If the commercial was released today with the new car and the 550 owner driving the original Boxster, the reaction would still be the same. Inside, it is typical Porsche, with a similar set-up to the new 991, minus a few switches and instrument gauges. The quality is as good as ever and the car is packed with tech, including the new Apple Play functionality. The cabin is spacious and one of the best features about the 718 Boxster’s layout is its front and rear boots. This makes the car extremely practical for a two-seater and great for road trips.

My car was fitted with the latest PDK dual clutch transmission and the Sports Chrono Package. Saying that shifts are quick would be an understatement by any measurement. Setting up launch control is a breeze as well if you want to get the ultimate acceleration. Change a few traction and shift settings, plant your foot, the car holds revs briefly and then launches you forward at speeds you never thought possible in a 4-cylinder vehicle. The claimed 4.2 seconds to 100 km/h is easily believable. I wouldn’t be surprised if it went quicker.

However, to get the most out of the vehicle in normal driving situations, you really need to have it in the right gear; I did notice more turbo lag than in the 991 and although not terrible by any means – the engine crackles and pops on downshifts, forcing me to keep speeding up and slowing down to the “delight” of my passenger and the car in front – the note isn’t as aural as the previous Boxster. As with previous Boxsters though, the handling is spot on. There is not another car on the market in this category that handles corners with the same finesse as this one does. The chassis and aero set-up are perfect whether you’re on a back road in Singapore or at a race track in Germany. There’s a hell lot of grip and the steering is very communicative so you can feel what the car is going to do next.

So here is the big question, would I buy one? The SGD316,588 starting price is a lot to ask for a four-cylinder engine. However, this is Singapore and that is a great price for a car that really beats all its nearest competitors in the 300k range. The 718 Boxster S is a great looking and performing car, along with the pedigree of one of the sports car greats. The original Boxster really turned things around for Porsche and made them the brand they are today. The new 718 clearly re-emphasizes the importance this car plays in the line-up and builds on the qualities of the original.