Cars bearing the stamp of once-defunct manufacturer Borgward will once again roll off an assembly line in north Germany from 2018, the firm said Wednesday. 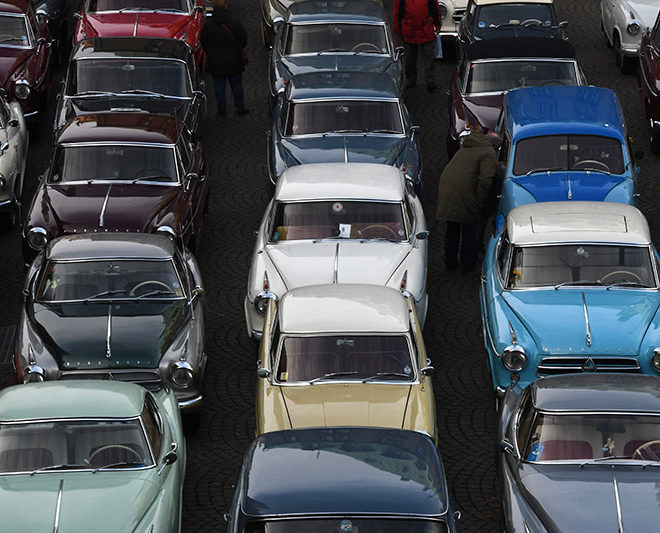 Cars bearing the stamp of once-defunct manufacturer Borgward will once again roll off an assembly line in north Germany from 2018, the firm said in late October, 2016.

This time around, the homegrown motors will be electric-powered as the firm joins a Germany-wide race to produce affordable and high-performing climate-friendly cars. Only time will tell if this new version of Borgward will pick up traction. Little is known at this time about the company’s plans, beyond the involvement of the original family members and their Chinese partners, Foton.

Managers at Borgward have picked Bremen as the site for a new factory that will assemble vehicles from components — so-called “semi knocked-down” assembly — shipped over from its main factory in China.

Between the 1920s and 1960s, the northern port city was home to the firm’s plant employing more than 20,000 workers. After going bust in 1961, the marque lay dormant until being revived by Christian Borgward, grandson of the company founder, in 2015.

This time around, the initial job count will be much lower, at between 50 and 100 people.

A “flexible” factory with high levels of automation will “be able to increase output as well as the number of models to match demand,” Borgward chief executive Ulrich Walker said in a statement.

And the finished product will be drastically different, with the German workers set to assemble BX7 all-electric sports utility vehicles (SUVs).

The modern, internet-connected vehicles will be a far cry from the stately coupes Borgward assembly lines turned out in the 1950s, which still count fans among classic car collectors.

But he added that the firm was also “avowing itself to Germany as an industrial base and to our own origins.”

The new site will allow Borgward to benefit from the coveted “Made in Germany” label – but brings with it much higher labor costs than in China.

According to German news agency DPA, it will be the first car factory built in Germany since BMW and Porsche opened works in Leipzig more than 10 years ago.

In Bremen, the revived Borgward will rub shoulders with a Mercedes-Benz factory employing 13,000 people. The brand with the three-pointed star is a key protagonist in the car industry’s race to conquer the electric automobile.

Meanwhile, just 200 kilometers (about 120 miles) down the road from Bremen is Wolfsburg, where Germany’s most prolific carmaker Volkswagen is scrambling to recover from its “Dieselgate” emissions-cheating scandal by turning towards electric cars.

With yet more familiar German brands like BMW and Porsche also in the running, along with newcomers such as California’s Tesla, Borgward is entering a crowded field.