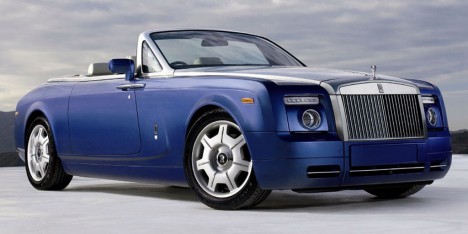 The fixed-head Phantom is expected to be much like its convertible precursor. The same 6.75-liter V-12 sits under the long hood, making a familiar 453 hp and 532 lb-ft of torque.

The Coupe can be equipped with the starlight headliner seen on the 101EX concept (below) and also available in the four-door Phantom.

Ingress and egress are made possible by rear-hinged, powered doors that Phantom owners are used to. Rolls says the new two-door will be the most driver-oriented of the Phantom line.

Torsional stiffness is up, as is expected, compared to the droptop. The transmission has a new sport mode that holds shifts longer.

Changes to the suspension firm up the ride and aim to reduce body roll. Acceleration from 0 to 60 mph is quicker by one tenth at 5.6 seconds.

Pricing has not yet been announced but we expect it to be similar to that of the Drophead, which starts at $412,000. Production of the Phantom Coupe will begin in the summer of 2008.