The love for the sport triumphs over adversity and Communism. 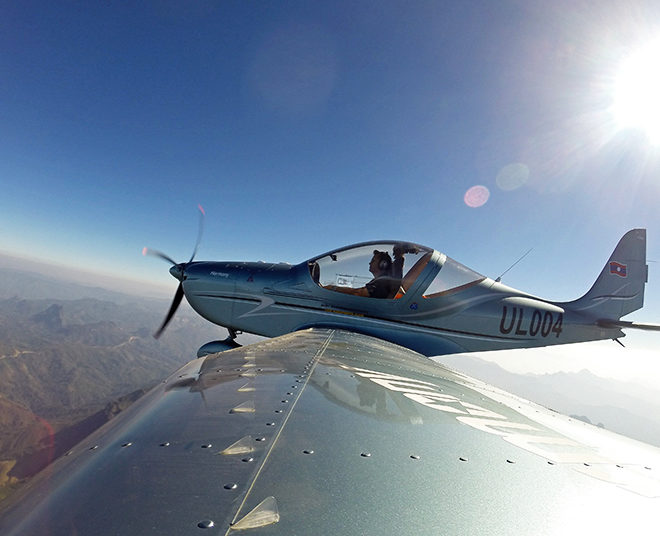 Aviation fanatics now have a new haven for their beloved aerial sports. Blessed with bad roads, big mountains and a dense jungle, the complex and remarkable terrain of Laos is a boon for the new crop of pilots who have a passion for adventure.

The 20 recreational pilots are part of Lao Airsports Club that was set up by flight-instructor Ravansith Thammarangsy. By joining the Franco-Laotian founder also known as “Sith”, the pilots who fly high above the lush green hills, hope to not only learn more but also compete in global games in the near future.

“It was a childhood dream of mine. I lived near the airport, and every day I saw the planes go by,” said Soutilack Intsaboung, a student at the Laos’s first aerial club. Setting up the club in the impoverished Southeast Asian nation was no easy feat. It took Sith time to convince the country’s communist rulers to approve the venture and prove that the sport posed no threat to national security. The result of Sith working with the government, drafting regulations for ultra light aircrafts, including small helicopters, now sits on an airfield 40km (24 miles) north of the capital Vientiane.

“We had to fight to get the necessary permission,” he said. “Now they’ve realised that it’s a sport like any other.”

While airplanes are largely only accessible to expats and the wealthiest Laos citizens, paragliding and other airborne endeavours are starting to win a wider fan base. Laos now has an avid crew of paramotor flyers and even a national paragliding team.

“It’s a good thing to show that we now know about this sport in Laos, and that we are able to take on international athletes.”

In December Laos, along with 10 other nations within the region, formed the Airsport Federation of Asia. They are currently seeking a viable space for sports such as paragliding, paramotoring and parachuting in global competitions. The organization has set its sights on the upcoming Asian Beach Games in Vietnam and the 2020 Summer Olympics in Japan. International recgonition is still a distant dream for Laos, due to the lack of facilities, which has forced the country’s paragliding team to co-host its first competition last month in neighbouring Thailand.